Sean K. Reynolds is designing a new role playing game called Five Moons and throwing it on Kickstarter. Five Moons RPG is aimed at a sort of "RPG influenced by Sean's years working with card games, tabletop and computer gaming." From some samples it looks like it may also be influenced by Sean's work on the Pathfinder Beginner Box. Given what a fine introductory set the Beginner Box was, it sounds to me like Five Moons aims to capitalize on the interest that set created as an alternative to the core Pathfinder rules.

Anyway.....I don't know if I'll back it, but I'll definitely be interested in the final product. Producing yet another iteration of D&D in the current market is a brazen strategy, but it could pay off if the final result offers a good, targeted style of play that is focused on what people really want right now...and it somehow distinguishes itself enough from the competition (D&D 5E) to be relevant.

Here's a sample of a monster page posted at EnWorld: 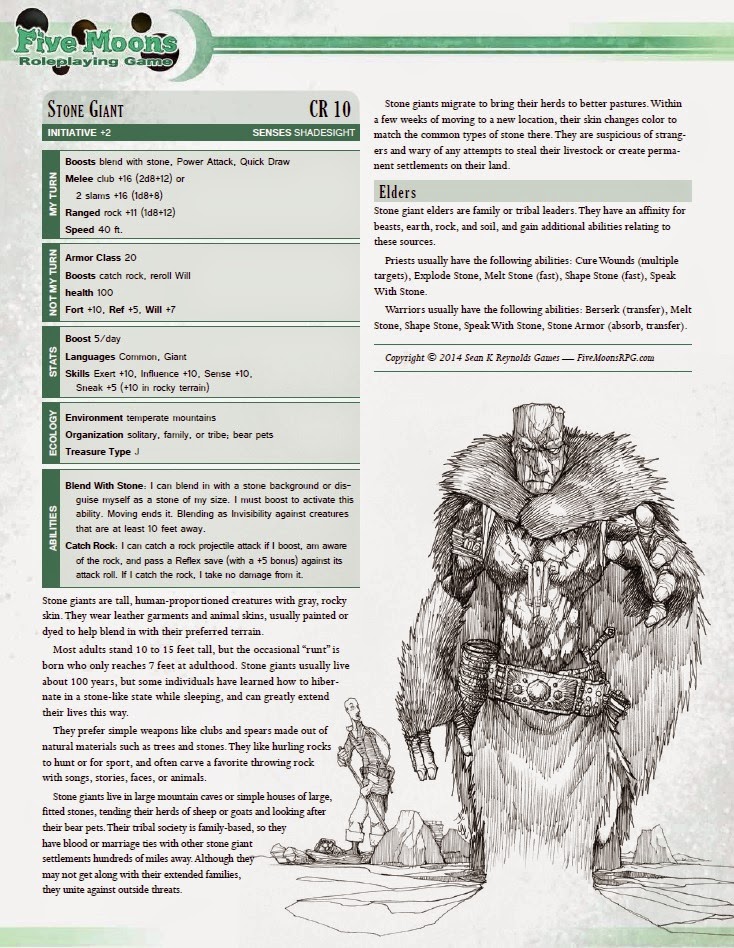 Based on the sample above it looks like the goal is: streamlined mechanics from the 3.5 era, and no bounded accuracy anywhere.

When 5E was in playtest mode I kept thinking bounded accuracy would be it's biggest Achilles Heel. Now i think bounded accuracy is its greatest secret weapon. So....we'll just have to see when Five Moons comes out how it holds up.