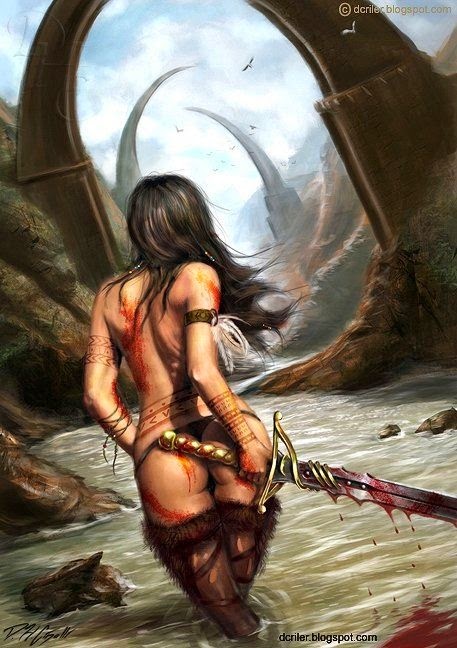 We've kicked some alternate rules ideas around in my recent 13th Age games, nothing too severe, but still worth discussing. Here then are two such rules...

13th Age uses the "Hit Points as Single Damage Counter" concept first introduced in 4E. As such, all damage --be it fatigue, psychic, necrotic, poison, etc.-- affects hit points. Interestingly 13th Age still has 3-18 range stats and they go up slowly; the system, except for using them as a slow benchmark for the actual modifiers that count, could pretty much do away with the attribute rolls entirely. However, here's a way to make them meaningful again:

Alternate damage trackers: Poison damage could do 1 CON instead of every 5 HPs of damage. Psychic could deal damage directly to one's choice of INT or WIS (at an exchange of 5 HPs damage to 1 ability damage). These ability scores could heal at a rate of 1 point per recovery die spent (you'd still roll the dice too for HP recovery). The advantage of this method is that damage has a more interesting range of potential effects than just ticking down on the all-consuming hit point score. The downside is that you would have to track ever increasing penalties as stats dwindle down from damage. Hitting zero in a mental stat means catatonia, and three failed mortality checks mean death. Hitting zero in the three physical attributes means you're dying as normal, but stabilizing at a 1 means being too frail to even move.

Some people still dislike the concept of powers that have a "per battle" use or a daily use rather than the more traditional "X uses/day" characteristics of older editions of D&D. There's an easy way to mod 13th Age that still insures things work as intended (more or less) while still granting these traditionalists a more familiar experience:

For any per-battle power, assume the uses/per day equal four encounters/battles per day, plus a modifier equal to the key ability mod (the one the ability works off of to make an attack roll). This is the total uses per day. Abilities with a recharge still get that, recovering one use on a success.

For any daily, assume one use per day, or for a little variability assume 1D2 uses per day.

This approach puts the use of powers and when they trigger into the hands of the players again, and arbitrary encounter limits are removed. The downside: players could swarm enemies with a barrage of powers all at once. The upside: they have the freedom to do so and will pay for it later when they wish they hadn't used all their power uses/day up at once.

Another alternative is to simply create a power pool, based on X number of powers acquired equal to 4 per power triggered per-battle, 2 per daily and a bonus equal to the better of the favored class ability modifier. Then, when the character wants to use one of these abilities simply spend 1 point for a per-battle ability or 2 points per daily to activate.

Is this approach a good idea, and is it balanced? It would depend on the GM eyeballing NPCs built around the assumed one power/battle situation, and would also depend on the sort of group you have. Old schoolers such as my two buddies who dislike per-battle use mechanics intensely may be appeased, and it may work for them because they are so old school that the idea of min/maxing this effect doesn't occur to them...a group of savvy players could abuse this optional rule easily. 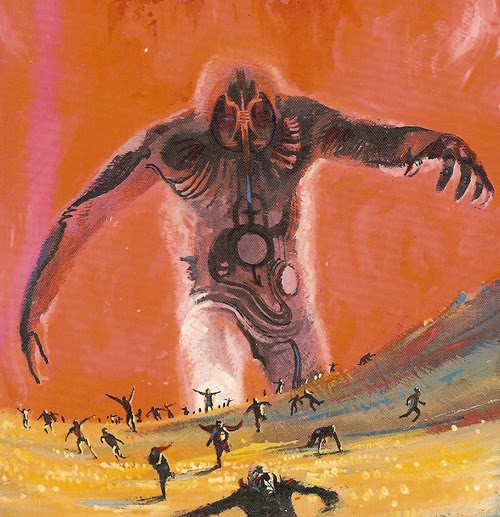