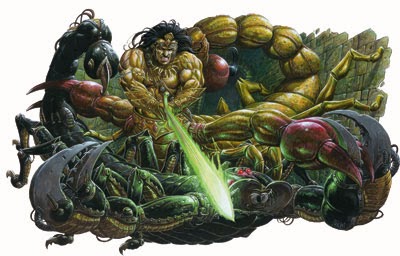 The kattachi are believed to have survived in the Hyrkanian Deserts for the last two thousand years, though it is said that in the old days, during the early era of the great empire, they were a distinct race of man which had not wed his body to the form of an arthropod. During the chilling, destructive year that the gods of order and chaos warred against one another, laying waste to the once great and fertile lands that would become endless tracks of desert, a nomadic people who lived deep in those lands held on and survived. They did this not by chance, for the lands had been struck with terrible magical energies that made humans and beasts alike sick and deathly, the rivers and lakes had boiled away, and the very earth had been scorched. These men found a cave, and within that cave rested a shrine to the god of all insects and spiders, Kathack.

Kathack was a cruel and spiteful goddess, but her children were many and survived in the world despite humanity's disdain for her chitinous kin. She offered to save these humans....if they became her children in turn. And so it was that through a horrible pact with the dark goddess that the kattachi were born.

Kattachi are not a pure race. They must breed with humans and giant scorpions to keep their species pure. This has disturbing implications....the kattachi men are required to fulfill their duty, aiding in the impregnation of giant scorpion eggs, while kattachi women command an interest in human and elven men that are captured and brought to them; a special elixir brewed by the priests of the dread goddess allows transformation to human form for a night to insure that the act is even possible.

Most kattachi are violent and hateful toward humans and other fair races, but a few tribes have at least learned enough tolerance to engage in trade. They find their best allies in the dark elves of Dahik and the serpent men of Hazer-Phennis, and some bolder kattachi traders even go to outposts like Trog where all creatures are allowed within the walls. Most kattachi do not approach cities unless they intend to raid them, however. 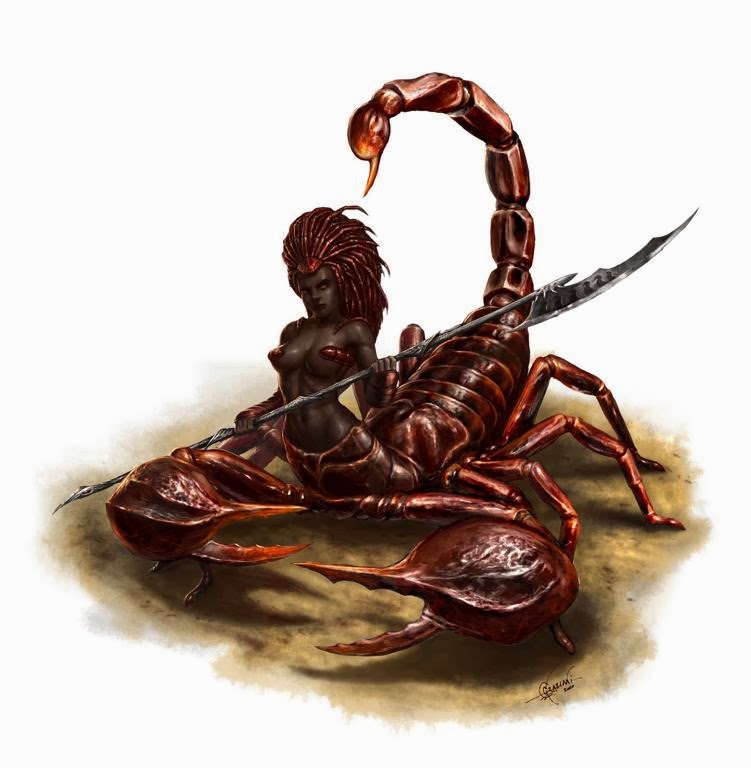 Female Kattachi: may gain access to the elixir of Kathack, which when imbibed transforms them into human or elven women for two hours. 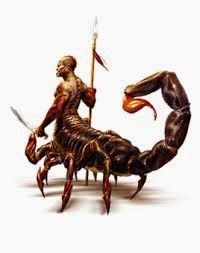