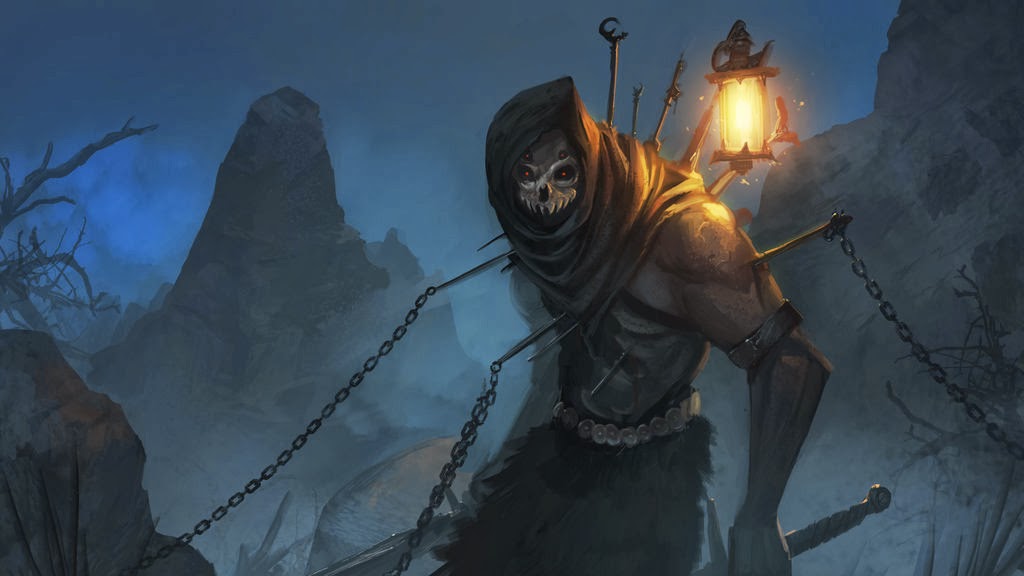 Ancient guardians of the Tombs of the Gods, these desiccated corpses were once the proud temple guards of the divine palace-temples in the mythic city of the gods, Corti’Zahn. When the War of the Gods destroyed the early Fertile Empire of Hyrkania and laid low the mortal forms of the gods, the temple guardians who died in the conflict against the demons were mummified and submitted to a terrible necromantic process to revive them as eternal tomb protectors. Something horrible corrupted the spells of reanimation, however, seeping in from the Chaos Energy which permeated the land in the wake of the war, and grew like a fungus in the bodies of these undead guardians. The bodies became covered in a moss-like green substance, which tinged their skeletal forms, ate the mummified flesh, and devoured the skull-caps of the bodies, from which then extruded four tendril-like appendages, each with a hideous blinking, sickly eye attached at the end.

Many of these corrupted tomb guardians remained eternal guardians, but some were freed for reasons most suspicious, and certain necromancers found them useful for guarding other things, as well. However, the geas of duty upon the Velboshia Lok Nodivia is so strong that the moment the necromancer's control slips over them they will immediately seek to return to a tomb and continue guarding (a different tomb, if they must!)...after murdering the necromancer, of course.

Tomb Guardians (Velboshia-lok-nodivia)
Level 7 Wrecker (double strength undead)
Initiative +14
M: Greatsword (+12 attack, 56 damage) crit on 18+
R: Vile Eyes of the Guardian (four attacks; roll 1D4 to see which eye acts on round 1 and 2; on Escalation die 2 two eyes attack per round; on escalation 3 three eyes attack, and on escalation 4+ all four eyes attack each round):

Targeting Tentacle Eyes: adventurers can gain an edge by attacking the eyes directly. Any strike against an eye requires a critical strike, but if that strike injures the tomb guardian then it loses the targeted eye.
Weapon Resistance: like skeletal undead, tomb guardians ignore weapon damage attacks unless they roll 16+ on the attack roll.
AC 23      HPs 216
PD 18
MD 21 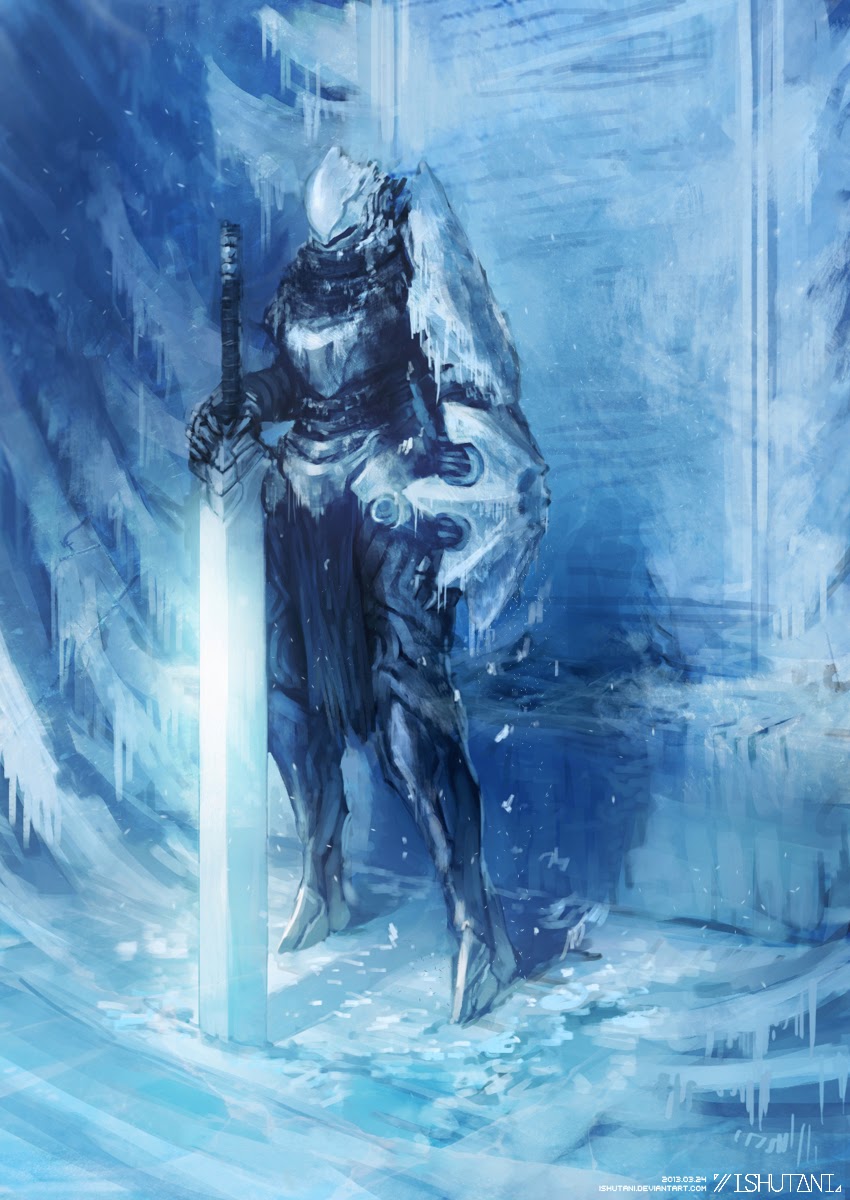 (Text and stats adapted from the Keepers of Lingusia entry)
Posted by Doctor Futurity at 6:00 AM