Lost History of the Relic Kingdoms 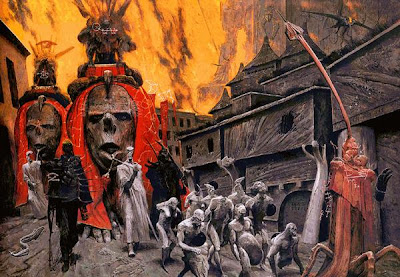 No mortal knows the secrets of the Yagoth. Their legacy extends back to a time when the Relic Empire was young, and the first gods were born into existence. The people of this lost time sought the first great power over their realm, forging a crystal of such power that it contained within it the energy of creation and all existence. This power was too great for any one mortal to contain, and so twelve candidates were chosen, twelve mortals who were tasking with caring for a piece of the stone, while the final, thirteenth stone was place at the edge of the stars themselves, to serve as the binding force of creation, the conduit through which their twelve lesser stones drew all power.

In this ancient time, a time before human men existed, there was great and lasting peace as the prehumans of this era could mold existence as they saw fit, granting immortality to their kin and peace to all. It was not until they experimented with the creation of lesser slave races that things changed. Humanity, elves and others were created to serve the gods and their divine kindred. The first men were no more than mindless slaves, but over time the designs of the gods grew more complex, and soon the divine race saw men as complex playthings. They enjoyed the games and conflicts that seemed to come naturally to these lesser beings. They toyed with them.

These first humans and elves and others grew tired after untold centuries of slavery, and by way of events long lost to time they rebelled. They overthrew their masters, rose up in arms, and in revolt succeeded in slaying the gods. How this was properly accomplished was not entirely known to any save for the Yagoth.

The Yagoth were an entire race of beings, who existed in the supreme darkness at the edge of the star system. They had lived in eternal darkness for untold eons, and predated all other creatures in existence, dwelling in their ancient cities upon the Thirteenth Planet of the star system. That was, until the Heart of the Crystal, the source of the first twelve Zodiac Stones, was set upon their world by the twelve young gods, who in their hubris saw fit to exterminate the Yagoth as vermin, so repulsive did they find the creatures, that they drove them from their planet and into the darkness between the stars.

The Yagoth sought revenge. They plotted for eons, until they at last saw the gods make an error, for as the gods created life, the Yagoth learned quickly that they could possess and manipulate the lesser mortals, and they sowed the seeds of discontent amongst the slaves. They drove the creations of the gods to rise up, and through dark gifts in the form of the God Slayer weapons they granted them the power necessary to slay the first gods. The Yagoth granted this power to the mortals in exchange for the promise that the humans and elves would in turn seek out the Heart of the Crystal and take it far away, that the Yagoth could once more dwell on their dark world.
The first humans who rose up and destroyed the gods were quick to seize the Zodiac Stones. They flung the god-slayer weapons then into a pit that led to the center of the earth, that there was no temptation to use them, though one long-forgotten avatar is said to have kept a single weapon hidden away. They then turned on the Yagoth, for the men who the Yagoth had thought so easily manipulated were clever and cunning, and with the power of the Zodiac Stones they could not be touched by the Yagoth. They cast out the demons, and swore to never let them return.

Thus it was that the first in a long lineage of young gods came to pass. Men learned that they could never contain the power of the Zodiac Stones for as long as their forebears, for the immortal Nakal/Klippath were unique in this ability. Though none today remember it, no god has lift more than twenty thousand years before eventually dying; it was inevitable that the Zodiac Stones would require successors.

Of the original gods, only the vestiges remain, and of those, only seven are known to manifest as forgotten shades, and possibly two which still seem to exist as mysterious forces (the Mania and the Divine Wind).

And of the Yagoth? They dwell at the edge of existence, waiting for those curious moments when a hapless mage or scholar of Eredoth, Capac or Nimdragom finds one of the ancient summoning mirrors that allows them to manifest in the world of Chirak, that they might seek a time and place where opportunity will allow them to do the most harm to the descendants of those who killed their world and betrayed them, driving them out into the endless void of space. They have an undending hunger, and are immortal, impossibly old beings with an intense desire for revenge. 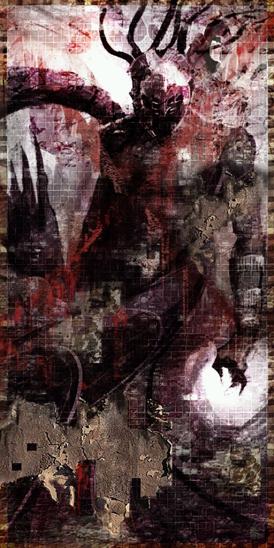