Just a short post as I am behind my Monday-Wednesday-Friday quota this week (sort of). News bits and other random stuff:

Tunnels & Trolls Deluxe will be running late, as Rick Loomis announced in the latest update, due to Liz Danforth being sick and also behind schedule due to a round of conventions going into August. They wanted to have it ready for Gen Con apparently, but no go. On the up side, the second PDF module is out, and I now have a nice copy of City of Terrors on the tablet.

Speaking of Tablet gaming, there have been a number of releases in the last year or two featuring revamped Fighting Fantasy books (and others inspired by such) which are pretty effective in the ios/Android format. I wonder if Rick and Ken have considered what it would take to turn T&T into an app-based gaming experience, at least for the solo adventures? 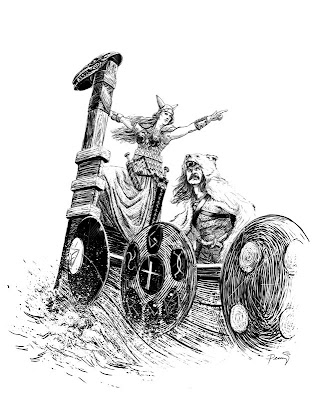 I am still reading Book of Quests for Runequest 6. It's a great book, and will provide some detailed discussion on it, hopefully next week. I've been talking to some of my players, and we have a new game interest brewing, just need to find a way to squeeze it in. My Wednesday regular campaign is Pathfinder-only, unfortunately; the player collective I have for that night comes for the Pathfinder, and deviating would be to seriously upset the apple cart. Maybe an off-weekend, played at home, so my wife can bring her gruesome RQII elven blood sorcerer out of retirement.... 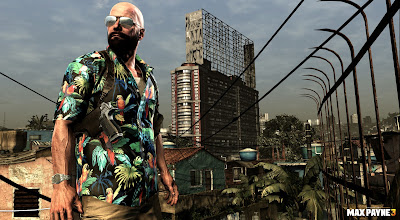 Last weekend (July 4th weekend) was very productive in terms of moving "games I've been playing for a while" to the "games I've finished" list. Max Payne 3 was on that list, and I wanted to discuss it at some point as I really enjoyed it, albeit in periodic short bursts, and feel it was one of the better titles of the last few years out there.

Long story short: fantastic campaign (as it should, the end credits for this title was insanely long) and when I could get into multiplayer it was a lot of fun, but strangely (or not) when I finished the single player side of the equation I found myself utterly and totally disinterested in sticking around for the multiplayer experience anymore.  The drive behind this game is the Max Payne story, and that was now wrapped up; continuing the never-ending cycle of violence in Brazil that the game depicts in MP just seemed sort of....pointless? I may revisit it at some point, if only to see how long the community lasts, but... Well, let's face facts; I'm getting old and apparently that has an effect on one's interest in highly repetitive video game tasks (of which MP is easily a component). Also, with like a million games in my to-do roster it's hard to take time for MP unless it's so compelling that it smokes the prospect of something better around the corner. Plus that Steam Summer Sale dealie just started. So...yeah. 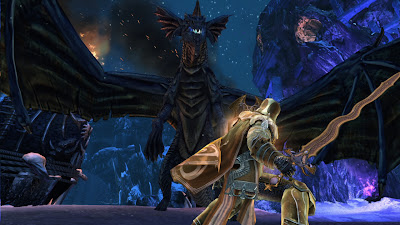 Remember Neverwinter? I've been playing it occasionally (not much), a game here and there, enjoying it in short bursts but not finding it the sort of game that I am motivated to plow through or keep up with, unfortunately. That could change if I find some willpower to stay focused on it (as I recently did, at least for a short while with Guild Wars 2). Maybe once the novelty wears off with Rift's F2P model.

My experience in Neverwinter isn't the interesting bit, however. My wife, who absorbs these games like most humans breathe air, recently seemed to stop playing Neverwinter entirely, after a month-long gorge-fest. I asked her why she had stopped and migrated back to WoW and Defiance....as it turns out, she explained that they all played through at least one or two characters to max level and hit the end game...or lack of it. Best as she can tell, the end game in Neverwinter is nonexistent, and it mainly seems to be an expectation that the community content through the foundry is the source of new material to explore. Anyone who's messed around with the foundry content by now may realize what a problem this actually is; although there is some good stuff in there, the general consensus on the foundry now is that it's lacking the tools for the sort of nuanced and detailed scenarios that it's predecessor titles allowed for. Also, for every gem there are mutliple steaming piles of code you have to dodge, and the Foundry's menu is atrocious for just finding something....I never could successfully locate my wife's own scenario through navigating its menus, for example.