These sixteen plot seeds for Post Apocalyptic adventures originally appeared in TSS 43, but I'm reprinting them here....possibly for a second time, my memory fails me!...for your enjoyment: 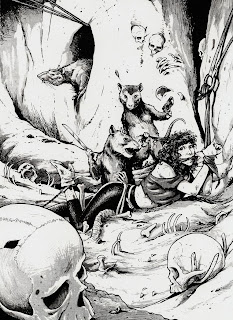 1 While traveling through wasted ruins, characters stumble across a colony of sentient rats which have descended from genetic experiments before the holocaust. 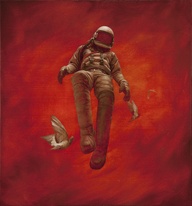 2 The players see a distant shooting star that grows ominously large, and crashes somewhere nearby. On investigating, they find a starship, out of which emerges a cosmonaut who claims to have been part of an experiment to test a ship that could travel close to the speed of light. The cosmonaut’s ship left Earth orbit in 1970. 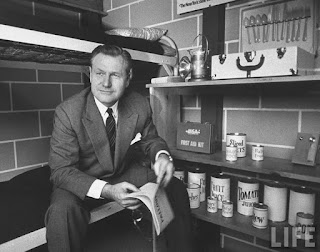 3 The entrance to a hidden vault is found, in which a fabulously wealthy billionaire from Old Earth, surrounded by very human-like android servants has whiled away the years, kept unnaturally young by telomerase resequencing treatments. Recently, he discovered that his auto-docs are failing, and he need to find the tools and materials necessary to repair his anti-aging system. 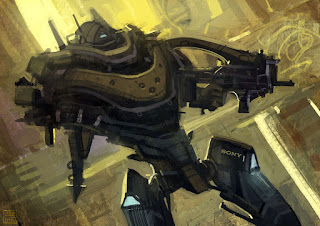 4 One of the players discovers what appears to be an impressive ebony sword trapped in a lava flow. After pulling it out, the local survivor villagers proclaim him a new warlord. Unfortunately, the sword was lodged in the chest plate of a powerful pre-cataclysmic warbot, which, weapon now removed, begins to heal up with nano-repair bots before shattering its rocky tomb. Oh, and it wants its sword back. 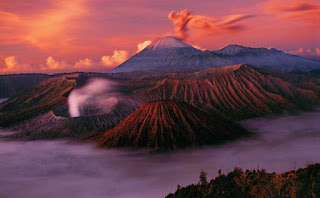 5 A nearby volcano (which may be a smoldering crater from the end times) is radiating a lethal cloud of spores, which infect local humans and animals with a silicone-based life form that drives them in to madness and frenzy. The spores are wafting from a lava tube inside the crater, where the deadly plants are blooming, having grown up and out after being exposed from the depths of the earth. 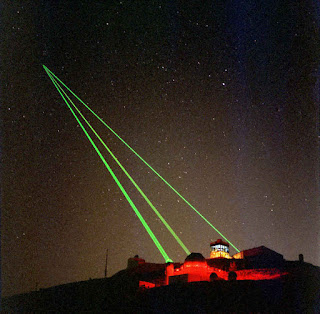 6 A war satellite is still functioning, zapping targets at random on the planet below with a powerful particle beam weapon. It is possible to be stopped, but this involves finding an ancient comm. Station, breaking in past the still-functioning robot security units, and shutting it off. 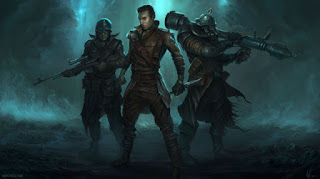 7 A squad of immortal super-soldiers wanders the wastelands, carrying out a need for war which was genetically encoded as a biological imperative. They wander in to the peaceful lands of a survivor community, and attempt to forge an army out of the weary folk, or destroy them if they wont cooperate.

8 An alien vessel arrives in orbit and sends a contingent of scientists down to the surface of the apocalyptic world to investigate. It turns out they are from Earth, and that the Wasteworld is really a colony that succumbed to civil war decades ago! 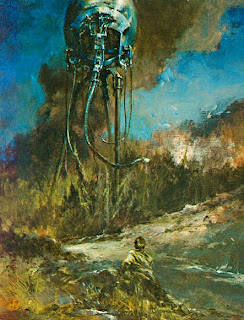 9 While traveling the across the wasteland, the players stumble across a humongous relic from the old war, a tripod-like tank left over from the Martian invasion of Earth. 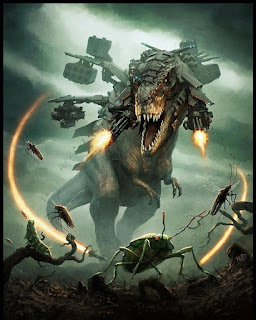 10 Locals are terrorized by what appear to be immense ravaging dinosaurs straight out of the cretaceous and beyond. They ask the adventurers to stop this menace. The trail leads to a ruined laboratory where particle physicists once worked on creating wormholes. It turns out that the AI which runs the facility is still quite active, and finished their work, creating a wormhole in time which leads back in to the distant past. It’s trying to perfect a way to send people through, to test the laws of causality! 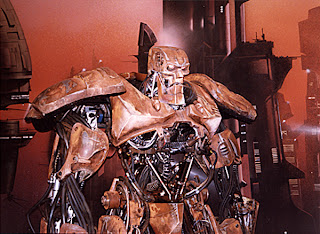 11 Sometime during the cataclysm an ancient army of war machines was buried beneath waves of lava. The basalt later proved to be a valuable mining source for a local colony of survivors, who were digging for the metallic parts and pieces entombed within. One of the war machines was otherwise preserved intact in the quick-cooling lava flow and has awakened! It now seeks to reconstruct the interred army of its machine brothers, to complete the job they started…and needs humans to serve as "living brain cases" for the hyper-advanced machine intellects! 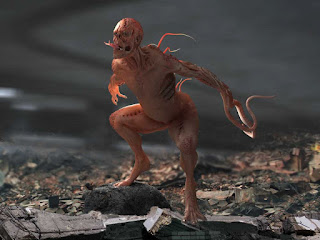 12 A horde of slavering, liquefying mutants that generate voluminous quantities of highly corrosive vomit are marauding the land and terrorizing the local citizens. The heroes stumble upon a camp of survivors in an otherwise intact resort facility from before the end times who are being terrorized by these slimers.

13 An alien vessel investigating the burnt out shell of Earth has crash landed, and the alien is on the loose! The alien is masquerading as a mutant, or perhaps even looks human enough, but some of the more savvy scavengers in the area have gotten wind of this high tech marvel wandering around and are trying to find it. The characters might benefit from aiding the creature in repairing is starship, either for gifts it offers them, or a chance to escape the Wasteworld. Of course, they could just as easily by the scavengers! 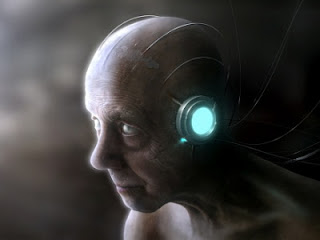 14 There’s a local hermit in the mountains called Big Ben who is a survivor from the old days, an ageless cyborg soldier who has lived through a hundred years of struggle and doom. Rumor has it that he’s the only one who knows where the crazy cyber-mutants from the nearby city ruins are coming from, and the PCs need to convince him to help their little survivor town. 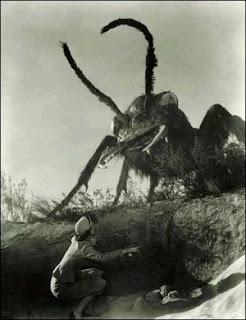 15 Monstrous mutant insects are coming from south of the old border, larger than skyscrapers and leaving massive swaths of destruction in their wake! The PCs are not only challenged with protecting their local community, they have to figure out why the bugs are migrating north, and what could possibly be so terrifying to these immense mutants that they would flee from? 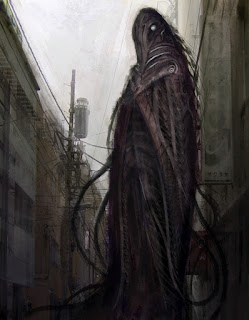 16 The PCs are investigating rumors of a local mystery, where people are seeing a strange, supernatural entity that they are calling the Mothman. Someone still has a working DVD player, or one of them curious “books” about the mysterious Mothman, so they know this is a supernatural being from before the end-times, and a small cult is growing up around this being, which people believe is a harbinger of doom. A local skeptic thinks the Mothman is a fake, and that someone is behind it, maybe even the preacher who’s initiating the new cult growing up around the creature, and he wants the PCs to debunk it in favor of his techno-church that’s losing its congregation! Of course, the mystery of the Mothman could be a fraud, but maybe, just maybe there's something more to it.... 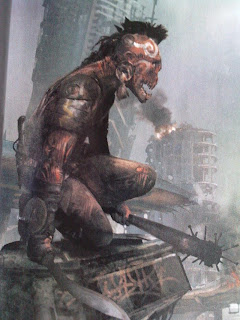