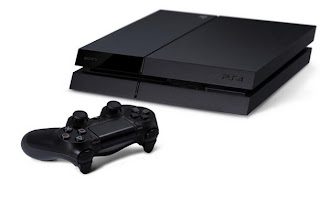 Who knew?!?!?! The idea that Sony, only slight less vitriolic and clueless at times than Microsoft, would properly announce a Playstation 4 that caters to all the features that the now infamous Xbone has specifically eschewed.

The PS4 will support the used market as it exists currently....so no convoluted new scheme to force  consumers to give up the Right of First Sale, nor to assume that there is any harm from the used market that must be squelched, presumably.

And at the Escapist (I don't recommend Escapist for properly researched news bits, but it is convenient):

Price point of the PS4? $399. That's one hundred bucks less than the Xbone.

It'll come packaged with a 500GB hard drive, controller, headphones and HDMI cable out of the box. Looks like it does come with a Sony Eyecam or whatever it's called. I wonder if it will be an "always on" element or not? Given the Ps4 is designed to facilitate offline play as much as online, I'm guessing not.

Also, it's shaped like a Rhombus and does not look like it fell off of a Delorean.

Tech Radar has the best overview I've found so far.

I'll be putting my preorder down for the PS4 it looks like. Nice to feel excited for a console, even if it's just to be a part of the process.