Yet Another Summer of Steam Sale Sickness

I like to think of it as "stocking up on entertainment" in case I get laid off, I suppose...but sure enough, the Steam Sale is underway this week and I have indulged mightily. I don't really think of it as "buying games I am going to then play" so much as "buying games I will one day think I might get to play." Either way, I own waaaay too many games on Steam thanks to these stupidly fun sales.

And so it goes with Steam. So far I've snagged Max Payne 3, all the above mentioned Batman games, Hunted: The Demon's Forge, Star Wars: the Force Unleashed 1 and 2 (I played 1 long ago, but that was before this "Sith Edition" so...yeah), Trine 1 and 2, Bastion, Alan Wake's American Nightmare, some small and poorly received (yet still tempting to me) game called Deep Black: Reloaded, and (last but not least) Ridge Racer: Unbounded, the only Steam sale game I was anticipating, as I love racing games** but hate paying full price for them. So I don't.

I also snagged Spec Ops: The Line at Amazon for $25 so I guess that ought to be included in this list. Oh, and of course Secret World at a discount on Green Man Gaming. Now to find some time play it...

When you count the last two, that totals about $170 in game purchases in the last week. Ugh! I've done worse, though. Remember, I had over 400 games on Steam before this ever started....

When will I find time to play all this stuff? Who knows. I predict the first time many get played will be far in the future, when my son will be playing all these "retro games" on dad's accounts in a decade or so. We shall see... 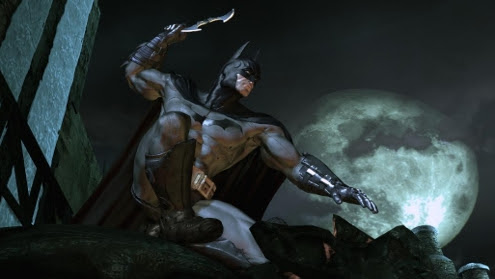 I grew up with tabletop RPGs side by side with computer gaming. I had an Atari 2600 ordered straight from the Sears catalog. I acquired a TRS 80 (Trash 80) and was programming games in Basic and feed-loading text games from tape casettes. Over the years, tabletop gaming has remained consistent, and while its hard to deny that art and production values have gotten better over time, the overall quality of game system design more or less peaked somewhere in the early 90's and has remained a consistent but subjectively engaging experience....all RPGs are worth playing on their own merits, even if specific tastes may run a certain way. There's really no objectively "better" way to play than another (though one can of course still design a bad RPG).

With computer and console games, the experience is decidedly different. Graphic and interface design is through the roof in terms of performance, value, immersiveness and general satisfaction. The good ol' bad ol' days of PC gaming in the 80's is a thing of the past for all but some GOG releases, and I am happy it remains that way. The industry has created its own problems, of course, with AAA titles costing so much that major studios and publishers can't afford to fail, thus limiting what we see each year in terms of top notch designs, but even so indie and smaller publishers/studios still manage to slide in and fill the void with games that still prove worth playing.

Anyway, I have always found it interesting the extent to which players on both sides of the gaming fence have some crossover (or lack thereof). Likewise, I've also found it interesting just how many people look back on the "good ol' days" of PC gaming or tabletop gaming with a rosy glint in their eye while looking disdainfully upon today's big budget, deluxe graphic-intensive space-marine laden productions. I can say this much: if tabletop gaming had stopped evolving sometime in the mid-80's I do feel I'd likely still be playing those games today (probably still playing Runequest, Dragonquest, DC Heroes and of course AD&D), but if buying old fond-memory games on GOG has taught me one lesson, it is that I can't say the same for PC gaming. If PC games had stagnated in the mid 80's, I'd be done with the medium, completely. On the other hand, that nostalgia vision does seem to be making some much-needed comebacks happen (such as Wasteland II), so I guess some good is coming out of all that "way back when it was better" sense of perspective.

*After first downloading I couldn't figure out how to find any games on Gotham City: Imposters. It seemed to have an active community but there was something wrong with its default pnp protocols, near as I can tell. Very annoying. That said, it finally started working (no idea how or what I did that worked) and this game which was a mere "rider" on another deal turns out to quite possibly be one of my top favorite surprises....seriously fun run'n'gun gameplay with a lot of humor and weirdness.

** I found out I was good at racing games two summers back when I was severely sunburned (couldn't even walk!) and was out of commission for two weeks, right during the Summer Steam Sale. I bought the Flatout Series, then quickly added Fuel, Dirt, Grid and others. It has since become a sickness. My personal all-time favorite game that does not involve space marines, zombies or elves is Burnout: Paradise, a game best described as "A tale of a haunted city terrorized by insanely suicidal cars that have no drivers, because they are all driven by crazed phantoms desperate to crash into just about anything and everything. So hide the children and lock up the cats, Paradise City is on the fast track to hell!"