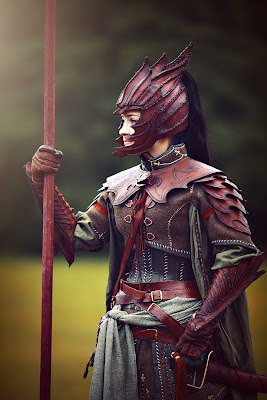 
Among much of the land magic is a relatively uncommon practice, and divine magic only slightly more so. In Theliad and Ekarthask arcane magic is reviled and feared, and such profane practitioners are usually hunted down and destroyed, although primal magic is regarded somewhat more as a sacred touch of the divine by the Ekarthaskans. Elsewhere, magic of any kind is uncommon at best, and so when it is witnessed, people often tend to make much of it, and so places like Suliria have their self-proclaimed living gods, people of special magical talent that gain special prominence for their powers among the common folk.


For this reason, it is work considering some special features of certain classes:


All of the martial classes are common and unaffected in Theliad, and indeed dominate as options in places like Theliad and Ekarthask.


Among Ekarthask and in the wilds primal classes are more common. Unfortunately, shamans, rangers and even barbarians are sometimes mistaken for practicing sorcery in those lands that fear and oppose such powers (though not Akarthask, notably). Druids are unique, in that they are spirit worshippers, and revere the primal gods, who are very similar to the spirit lords of Legoras in the southeastern lands.


The divine classes are regarded with a certain measure of awe in places like Suliria, and with dread in places like godless Theliad. Clerics and paladins always adhere to the worship of a certain deity or cult, even a living god, and tend to be fiercely devout. Avengers are extremely uncommon and usually are dedicates to the demon king Syridal or similar foul entities. Oracles are the most interesting of the lot, for they are individuals who feel that they are intended to ascend to the status of living god, and usually seek the secret to the success of the few known ascended immortals.


There is a strong residual backlash to the arcane magic of old that lingers in the culture of the region. Theliad and Ekarthask prosecute and slay known practitioners of arcane magic (and sometimes divine magic). Elsewhere, exposing your talents for such can lead to fear and suspicion, although of all the lands arcane magic is most tolerated in Ghurthal. Outlying regions such as Eristantopolis embrace sorcery, although expeditions from the White City to regions of Theliad are tempered by careful warnings about not exposing ones’ self to scrutiny for practicing such forbidden talents. Unfortunately, the people of Eristantopolis have long been viewed suspiciously by locals for their known embrace of arcane magic. Finally, Masar in the southwest is a society driven by arcane desires made flesh, and a general abuse of arcane talent. It is a common superstition that arcane skill comes from being born of or given power by demons.