My wife and I both jumped into The Secret World over the weekend. It wasn't planned that way. In fact, I hadn't planned to get TSW at all, but Green Man Gaming had a sale, I had some moolah sitting in paypal and the synergy sort of overwhelmed my common sense, and the next thing a knew I had TSW sitting on my desktop (along with Spec Ops: The Line, no thanks to an Amazon sale, and a few other odd balls). I personally blame Steam....I had been saving up some extra paypal money (it's real money, yet so easy to throw away on digital crap) specifically for an anticipated Steam July 4th sale and Steam let me down. I hear the sale will start this Thursday....we shall see. Don't disappoint me again Gabe!!!!

So anyway, The Secret World turned out to be a fascinating and welcome change from the usual MMO fare. Depending on how you approach this game you may find your experience varies, but I think that if you meet the following criteria you will find it an utterly fascinating game:

1. Burned out on fantasy tropes in MMOs

2. Always felt that there was a gap in the MMO market for a setting heavily influenced by Clive Barker, H.P. Lovecraft, Steven King, Neil Gaiman, Brian Keene, Richard Mattheson, and others.

3. You have always loved Unknown Armies, Hunter, Call of Cthulhu, Conspiracy X or Kult from back in the day, also love MMOs, and would like to see how those flavors go together.

4. You have played and enjoyed the Silent Hill franchise and often thought to yourself, "the only thing I wish there was more of was lots of random players running all over this mist-shrouded town with me."

5. You would like to play the closest thing (outside of Day Z) that exists right now in the special genre of "zombie apocalypse survival MMO" (at least in the Kingsmouth starting zone).

6. The concept of a skill-based freeform leveling mechanic without handholding sounds appealing to you (but give it time, all MMOs that have tried any variant on this inevitably have to add in templates for guidance as a significant portion of the MMO crowd needs a certain amount of idiot-proofing to play).

TSW is an interesting game, and its one I am greatly enjoying right now because it does stuff just differently enough to have a distinct feel from the other MMOs out there. It's theme (a supernatural conflict in the modern world) is fresh, its writing is crisp, its voice acting is professional and engaging, and the multitude of stories that weave together as you play through the game is utterly fascinating. It's like Funcom paid attention to what went wrong with Age of Conan and actively worked to avoid the same situation here. Shocking, I know!

I won't talk specifics about TSW, but some generalities instead: the game focuses on some sort of mystical apex of conflict, in which three secret societies, each working both with and against each other (mostly against, but individual agents can work together in the field) seek to gain an edge in the cosmic scheme of things while repelling what appears to be an ongoing supernatural invasion from cthonic mythosesque forces drawn from myth and nightmares. The first key battle zone is in the town of Kingsmouth on a small New England island that is sufficiently remote that the besieged townsfolk are forced to deal with a zombie outbreak with no aid other than the outpouring of supernatural agents from the secret societies that have decided to intervene.

Your character is a sort of supernatural superhero who is gifted with powers through a strange dream ansd a visitation from a supernaturally charged bee (that later it becomes apparent comes from the benevolent Yggdrasil-like spirit of Agartha at the world's core). You are a free agent, albeit about to get recruited into the Secret War by one of the three factions that all rely on gifted agents to get their job done.

The three societies are the Illuminati (techno-information control freaks), the Templars (quasi religious militant order), and the Dragon (gamblers of fate and luck). I haven't messed with the Templar side of things yet but have dabbled in the Illuminati (my main, called Dadaist on the RP server) and made a Dragon character too (Futurity). My wife has a main on the Dragon side. One cool thing about this game: she's outstripping me for time, but in terms of leveling, there's no such thing so I've found it possible to group with her more often than would be feasible in other MMOs where she'd already have left me in her dust. Kinda cool.

The Secret World's strength lies in its story, its presentation, and its unrelenting willingness to make plots complex, thoughtful, and often puzzle-laden. Even crafting is a bit of a puzzle. The game lets you access a browser while playing (smart, that) and actively enourages you to lean on google to help solve puzzles. This probably will only be as effective as the time it takes for someone to construct a complex wiki or FAQ on all the puzzles, but the principle is really cool. I've run into at least one that my wife had no trouble solving but I was stumped on (until some random passerby showed up and solved it for me). 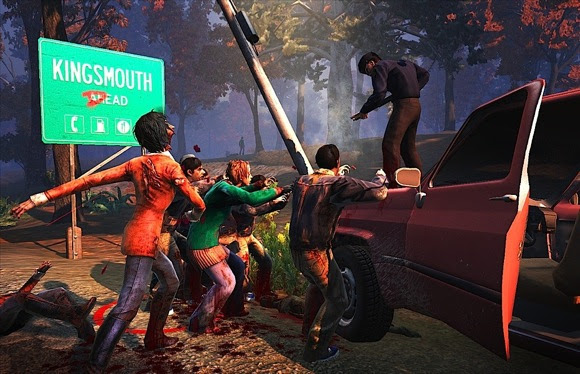 Graphically the game is impressive, and its one of only a small handful of games that challenges my PC. It seems to suffer from some similar issues as Age of Conan (being the same core engine, I think), such as not running well on DX11 for my PC despite the fact that every other DX11 game I have runs just fine (so just like with AoC I actually had to set it back to DX9 to run well; still looks good, though).

As with all MMOs combat is ubiquitous. You'll kill a lot of zombies, deep one-things, draugr and stranger in the opening area, and much more to come based on the many screen shots and trailers I have seen. It will take me a while to get through this opening area (it's HUGE!) at the rate I play, but I am looking forward to seeing what the game has to offer in the future.

TSW is a subscription-based MMO. I am fine with this. My experience so far has been that I tend to spend less money on average on monthly susbcription fees than I would if they were trying to gouge me with Freemium or purchaseable content as is normal for F2P games. However, TSW is trying to have its cake and eat it too with an in-game store that is loaded with all sorts of extras (mostly cosmetic) that you can buy. I'm not sufficiently vain that I feel the need to purchase such frivolities, but given that every single vanity item or mount World of Warcraft has ever pumped out has somehow ended up in my wife's account, I figure it's only a matter of time before she snags some items from the store.

Is there someone who should stay away from TSW? Maybe. I would not advise one to play if you just "don't get" the horror genre or the supernatural/paranormal genre of novels that have flooded the market in recent years. I would not play this game if you are uncomfortable with modern or adult themes (i.e. the Dragons use sex as a means of attaining the supernatural energy necessary for certain spells such as a vision in the intro area). If you have ever found WoW's talent trees to be a bit troublesome or annoying to figure out, then TSW is definitely not for you. If you ever read American Gods or Butcher's Dresden Files and didn't like it, then TSW is really not gonna appeal. If you find long voiced conversations in story plots to be a tedious thing you fast forward through to get to the pvp....then, well, they have pvp (haven't tried it yet) but this game is probably not for you. I've heard complaints from a few of my wife's cohorts in SWTOR that they thought the controls were too "sluggish" to play and enjoy (such complaints from a heavy pvp crowd btw)....if you're focused on the controls being sluggish as a key detraction, then you're sort of missing the point of this game. I would describe them as being slightly more realistic and less spazzy than a typical MMO; anyone who's ever played survival horror games will not notice anything wrong with the controls at all. My wife noticed it, but she quickly adjusted.

So anyway, I'll try not to neglect the blog too much, but I am planning on playing a lot of TSW in the next few weeks...it's got that compelling "want to play" quality that is hard to find in the jaded landscape of MMOs and burnt-out MMO players these days. I have to say that it's been a good year as an MMO fan for me, if only because Rift and The Secret World have both reinvigorated my interest in this type of game.

I will definitely provide more feedback on it as I play further along, and open up more regions. I'm very interested to see what else the game has in store, given just how impressive the Kingsmouth area is.