Too many good things and not enough time. Here's some of what I am currently exploring in the month of August.... 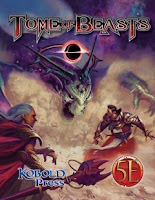 Tome of Beasts
Kobold Press's magnum opus of 5E monsters is a pretty amazing book. This really is the first "Monster Manual II." It's got 400 incredibly well-illustrated entries loaded with ideas and flavor, useable in their Southlands and Midgard settings or your own preferred world. 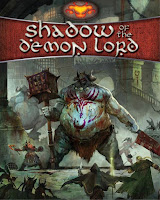 Shadow of the Demon Lord
The Schwalb Press dark fantasy RPG is much more interesting than I had realized it would be. A weird blend of D&Disms inverted with Warhammer Fantasy aesthetics and world make for a game I want to play soon.

Runequest Classic
A lot of fun to dive in to this after a roughly 33 year absence. It's fun to recall the few games I ran using this edition, and think about new ways to use what is effectively still a very sound game system.

Alien Omnibus Volume I
The first three books of the Aliens novel series started many years ago, including the first novel "Earth Hive," which was a retelling of a comic series designed to fill in the story after Aliens the film, and later rendered non-canonical by Alien 3....and then revised to conform to canon for Earth Hive. I never read these back in the day, and the new Omnibus compilation of these three novels is proving unexpectedly compelling.

The Spectre: Crimes and Judgements

This compendium of issues 1-12 of the Ostrander/Mandrake run on The Spectre is a pleasure to read; I loved this series back when it was first out, and there are now two volumes collecting the run once more. This is one of those comics you can read and realize that yes, in fact, much of the best storytelling in comics actually did happen a long time ago.

This compilation is the Savage Worlds edition (there's a Hero Edition as well) of all of the interesting heroes in history and folklore in the American tradition. From Blackbeard to Big Ben, this book is an amazing resource for historical gaming.

In Search of Zarathustra

This travelogue/historical trek takes late author Paul Kriwaczek into some very interesting territories as he explores first-hand the regions where Zoroastrianism arose and prospered at one time. Really interesting reading, and his prior book Babylon: Mesopotamia and the Birth of Civilization is worth reading as well.

Empire of Blue Water
This historical journey by Stephan Talty recounts the tales of Captain Morgan and his rise--and fall. Extremely engaging and well written, worth the time of anyone even vaguely interested in one of the world's more notorious pirates.
Posted by Doctor Futurity at 6:00 AM

Email ThisBlogThis!Share to TwitterShare to FacebookShare to Pinterest
Labels: alien omnibus I, Empire of Blue Water, In Search of Zarathustra, Larger than Life, runequest classics, shadow of the demon lord, The Spectre, tome of beasts