The Division - a reversal of decision 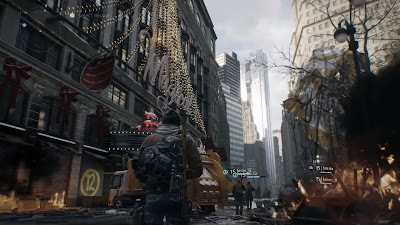 Well somehow I ended up with a used copy of Tom Clancy's The Division, and you know what? It's not crap. Since I had previously talked about how I planned to ignore this one entirely an update seemed in order.

I didn't expect it to be crap in a solid, identifiable way....but this game had a lot of contentious press in all directions. People who normally hate all things Ubisoft suddenly liked this game, casting suspicion on themselves. Others hated it with a weird and apathetic contempt. Others analyzed it to death, pointing out that the game's subject and message was rather heavy in import but not treated as such, necessarily.

As usual, if you try to form an opinion on something or make a decision based entirely on aggregating the internet, it will always let you down.

Anyway, I'll keep on playing and do a review soon. Right now The Division is pretty much a disaster prepper's wet dream, situated in a brutal "not too far in the future" post-apocalyptic New York (possibly natural, maybe not) hit by a ravaging mutated small pox virus, something sufficiently bad that it apparently took the military out and all that's left are a hand full of disaster recruits (who all, I suspect, used to be garbage men before this started) and a bunch of sleeper agents trained all their lives to be ready for this event. It's like a zombie game without the zombies, and more of the guys from "Escape From New York." But near-future realistic-looking type dudes who favor beanies and hoodies to deal with the cold weather over mohawks and piercings.