Pinnacle is doing a Kickstarter of note in the form of The Last Parsec, a setting for Savage Worlds Sci Fi. As many of you may recall I am rather fond of the new Savage World Science Fiction Companion (see Savage Space) so I'm looking forward to what they do with this new universe. Previous Pinnacle Kickstarters seem to have worked out rather well (Weird Wars: Rome, for example) so I think Peginc. is worth it.

I have a rule of thumb now that I don't back Kickstarters because frankly I feel bad for all the developers who get deathly ill not long after their Kickstarters complete (my theory is that successful Kickstarters are the leading cause of illness and Ebola in the US), so I won't be backing this one, either; but it's definitely on my "I will buy this when it is available for public purchase" list. 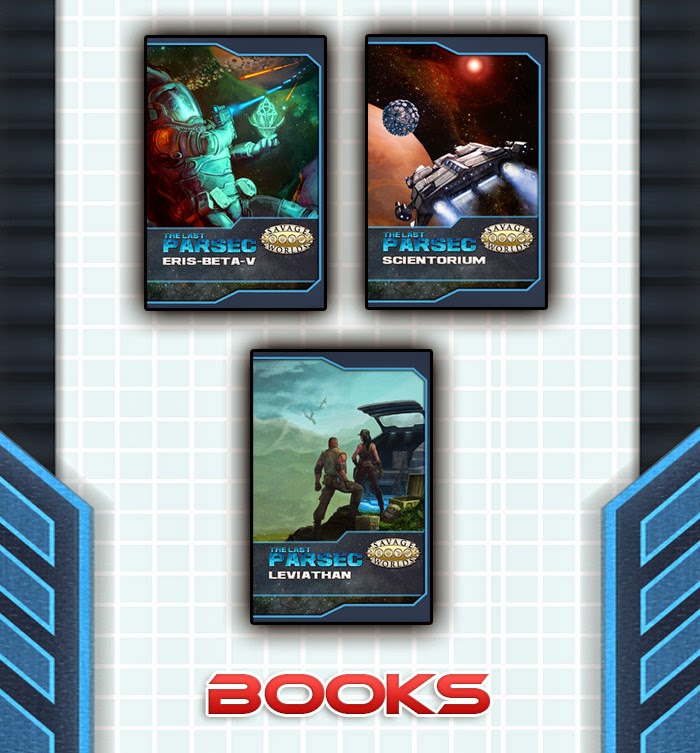 
Pinnacle is not on the list of disease-affected KSers so far as I know; it's more like the handful I have backed have taught me that I do not want to be a backer for any project, ever, simply because I think the entire KS model lacks the sort of oversight a normal agreement with someone putting money down on a product should offer. There's too much cool stuff coming out now for me to throw money down on hypotheticals for the future.....by the time I'm ready to stick some money on The Last Parsec, it will already be out. That's something I can appreciate: here's some money, send me my books.

By contrast, if I hadn't backed Legends of Dawn I wouldn't be experiencing the crushing disappointment of a computer game that was poorly designed and badly tested. If I had not backed the T&T Deluxe set I would not be wondering why I haven't seen any of the print products that have been produced and which I ordered as part of my KS pledge but which are still not in my hands (my pledge covered pretty much print copies of everything), despite being sold at Cons and available on Ebay right now. Stuff like that really sours you on the KS process, and that's from a team I trust will deliver. I continue to hold faith in Flying Buffalo and co. that I'll eventually see all the stuff I ordered and the DT&T set, but I wish I wasn't in this position; I'd much rather have waited until the final product was out and ordered it directly from FB instead, it turns out. I'm not a collector, and I don't like being a backer; I'd rather just play a finished product.

Now, there is an argument that some of these projects wouldn't be possible without Kickstarter, and I'll grant you that. But Kickstarter really only works for certain types of creators: people who have the good business sense to manage the KS funds properly, and to apportion the necessary time and effort to get the project done; this approach is shockingly uncommon in our tiny corner of the gaming universe. It seems like the most successful RPG KSes are those which use the medium as a preorder venue, rather than as a way to back the project and prop it up from the start. I suspect I could back those with confidence (and I did, with Fantasy Hero), but honestly? I'd rather just do a real pre-order, or buy the finished product. Someone needs to be there at the tail end, sending them money for a job well done; I'll let all the aspiring entrepreneurs chuck their money in at the inception, instead and save my cash for the "reward" at the end.
Posted by Doctor Futurity at 6:00 AM