Other Genres You can do with the Pacesetter Game Engine 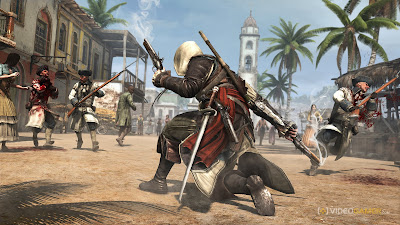 I've been playing a lot of Assassin's Creed II lately, since I happen to really like the series but am way behind the curve on catching up to the most recent release (Black Flag). Assassin's Creed is a great game series because it blends interesting historical fiction with open world environments and endless Machiavellian plotting with a strong, regular dose of ongoing assassinations. Each entry in the series has focused on a different time period, and Ubisoft (the developer) has done a fantastic job in each series of making the video-game version of each time period pop into its own strange life. If you're unfamiliar with the series they have focused on the middle east in the Crusades, Italy in the late 1470-1480's, The United States before and during the revolutionary war, French-owned Louisiana and most recently the turbulent Caribbean during the height of the age of piracy.

For me, right now, the AC series is the antidote to the "Too Many Crew-Cut (possibly Space) Marines" problem that masquerades as character and plot for most video games these days. It's pretty bad when someone who normally enjoys a good space marine game like myself realizes that even he has his limits!

Anyway, playing the series got me to thinking about regular tabletop RPGs (as any truly good CRPG should inspire you to; and I do think of the AC games as being akin to RPGs). Specifically it reminded me that Steve Jackson Games had published two setting books a few years back, one for the Crusades and the other for Renaissance Italy. No coincidence that they chose to focus on those time periods, it was clearly an effort on SJG's part to fill a quick gap for the people centered in the venn diagram of "video gamers who played the AC series" and "video gamers who know what GURPS is," coupled with "gamers who know GURPS isn't dead it's just in that special realm of perpetual PDF online support for the base."

The sourcebooks are both really good, providing a concise overview of the respective time periods with minimal rules fuss, so you could use them with any game system, pretty much. That got me to thinking about just what game system I would use, were I to try and run a historical campaign in one of these time periods. BRP came to mind, of course....but then I realized that I recently reacquainted myself with the perfect system for this sort of thing, and it may even have enough content out that I could run the game with no gaps to fill: The Pacesetter System! 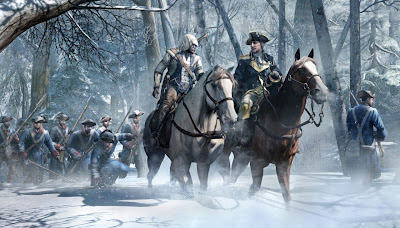 Goblinid's revival of Pacesetter has presented us with (so far) four rule books. The Time Master reprint would be a shoe-in, no doubt, although if you want an authentic non-time-travelling experience you might want to add Majus to the roster of inspiration as well. If you've played the AC series you know that while 99.9% of it is played straight and boils down to a story about two rival factions vying for Illuminati-like control over a long period of history (well, one faction does that and the other tries to kill them a lot), those of you who've actually finished a game or two in the series know that at a certain point the weirdness goes deep and some strange stuff creeps in; don't worry, Pacesetter's got that covered.

In fact, using these source books plus Majus, Time Master and/or Cryptworld is pretty much all you need to run any sort of weird historical game you could want. I think I'm going to try this next. 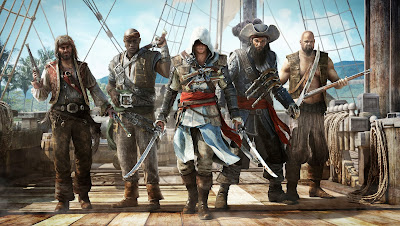