I am endlessly fascinated with Pripyat and the other areas aroudn Chernobyl, its the closest we have in the modern world to an ongoing experiment in decay. Anyway, fascinating pictures. I know people like to complain about how all modern day shooters set in grim, dirty post-apocalyptics environments seem to only come in shades of brown and grey, but there's a pretty good reason for this. It's a tiny slice of Fallout without the unpleasant issue of the rest of the world suffering the same fate.

I expect the next generation of grim dirty brown shooters to do a better job of modelling wrinkling paint chips though, after seeing these pictures!

Anyway, reminds me of a great short story set in the region written by Tim Curran (a great modern pastiche author of the mythos, track him down if you haven't read him before) in Horrors Beyond 2. 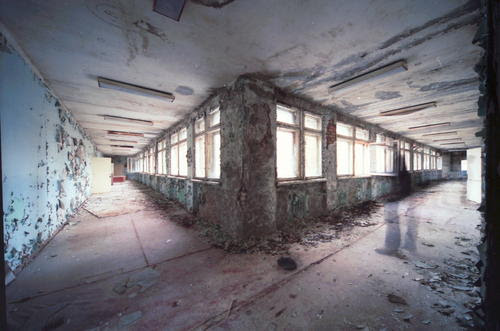