It is, however, an amazing and very much unknown Survival Horror tale about a man searching for his mad brother on a Himalayan Mountain that labors under a terrifying, ancient curse, is riddled with demons and hungry ghosts, and contains an eerie, slowly revealed mystery about why the protgaonist's brother journeyed to the mountain, the tragedy that was set in motion by his actions, and what you must do to find redemption for him.

I learned to Haaaaaate this jerk demon dude
Cursed Mountains was originally released for the Wii, and I lamented never getting a chance to play it until I discovered a PC port available over at Gamersgate, amazingly.

Cursed Mountain will appeal to you if you like Silent Hill and other similar games, where the psychological horror is as meaningful as the atmospherics, the loneliness, the horror of the slowly unfolding tale, and the frailty of your character. It's unique among survival horror games for picking a haunted mountain as its center-piece, and it manages to provide many hours of interesting gameplay with only few frustrating moments to it.

Take note that while Cursed Mountain has been noted for its mountain climbing elements as distinctly unique, they are not overly elaborate in terms of actual gameplay; things like oxygen and freezing to death are elements you will see dealt with, but when actually going up an icy cliff, the game is reaching more for "get the job done" and less of the "precise mountain climbing emulation." Not being a hardcore mountain climber, this did not bother me.

The game's key problem is both innovative and annoying all at once: when you encounter supernatural entities or objects you can defeat or overcome them by manifesting through mystical means the mandala which empowers or controls them. This is clearly a carry-over from the Wii-mote sensor, for you effectively draw the pattern of the mandala to activate it. The concept probably worked well on the Wii, but it translates into a mouse-drawn marginally annoying process here, which manages to allude to the interesting notion of the mandalas but in a fashion which can grow quite tiresome for some, especially since it consumes only time and offers no real challenge unless you are drunk or high.

The game is not the flashiest; if you have an older computer, you should be able to run this without issue. That said, it looks better than any Xbox original or PS2 era game of the same type, except perhaps for Resident Evil 4.

In any case, if you consider yourself a survival horror fan, I strongly reccommend Cursed Mountain. 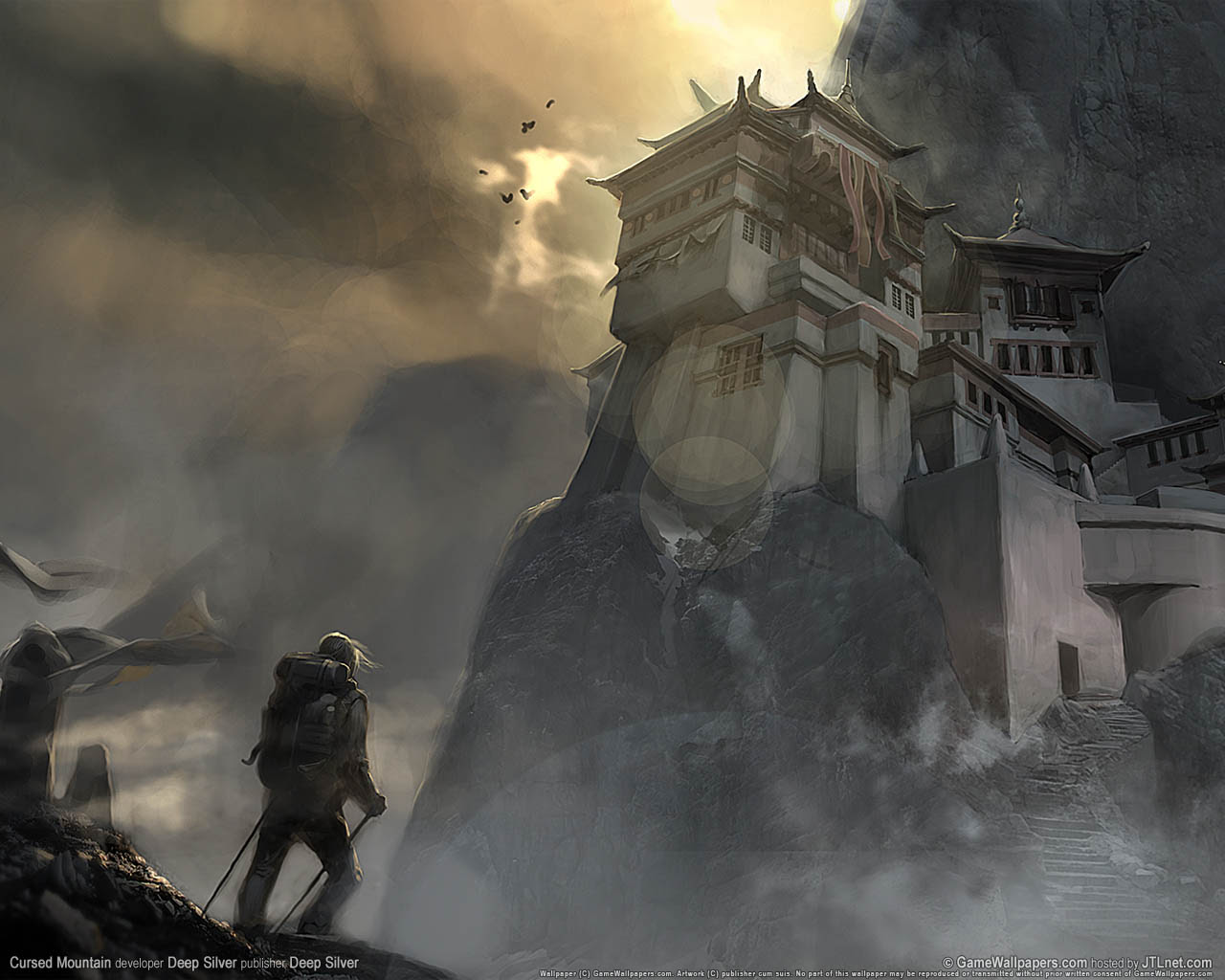