I've been reading some good books lately, thought I'd take a bit of time to share. I'm one of those biblioholics out there, so naturally I am deeply concerned about the future of print media, trees be damned, but sooner or later I guess I'll have to adopt some sort of reading tablet and get up with the times. In the meantime, I've taken full advantage of Borders' corpse and looted it for all it was worth; I have about 100 new books* on my shelf now demanding attention, and I'm already wondering if the baby is going to object to me reading him things like The Seal of Karga Kul or Zombie CSU. I figure I'm good, at least until the poor little guy starts developing real language and comprehension skills, and is suddenly mortified to discover that his parents are a couple of uncool geeks...!

Anyway, some books I would strongly recommend:

The Edge of Physics by Anil Ananthaswamay is a great read, a chapter-by-chapter journey in which Anil travels to various remote corners of the world where physicists, astronomers and sundry other researchers are relying on the unique conditions of specific locales to do their research. It's a great read, with a fair amount of insight on how and why these remote institutes come into being and the trials and tribulations involved in doing the research in such exotic locations. 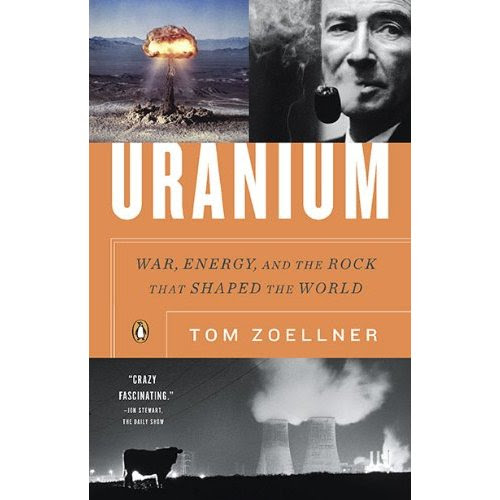 Tom Zoellner wrote Uranium which I am in the middle of and absolutely loving it. It's an engaging read (unlike Rhodes, who may know his stuff but I found tedious to plow through) and provides a great variety of interesting history and data on the discovery, development, research and seedy hidden details of the history of uranium. Well worth reading, and very engaging. 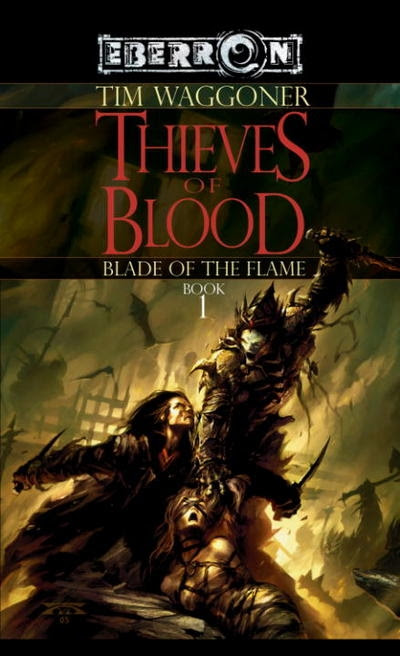 In fantasy, I finished Tim Waggoner's Thieves of Blood, the first volume of the Blade of the Flame trilogy set in the world of Eberron. It was a good read, with some very distinct characters, and a plot and pacing in style for the pulp fantasy world of Eberron. I'm looking forward to reading the next two books in the series now. My only gripe really was that clearly Wizards of the Coast was employing some lazy editors back in 2006 when this book came out, as there were a fair number of typographical errors best attributed to someone who was spell-checking with Office Word 2003 rather than properly proofing the manuscript by hand. That doesn't detract from the author's work, though.

Aside from the above mentioned books I'm plowing once again through Salvatore's Drizzt Do'Urden novels, which I read many years ago, around 1999-2000, getting up to around book 10 before I ran out of steam and took a break, never finding the time to return. Well thanks to the Looting of Borders I have all of the Salvatore Forgotten Realms novels to date, and plan to work my way through them, restarting with Homeland (in the can) and moving on from there. I'm sure everyone's familiar with these books, but I'll only comment to say that I am consistently impressed at how engaging and simple Salvatore's writing is, and how evocative his books are; I really do consider the first Drizzt trilogy to be among the best fantasy I have ever read. 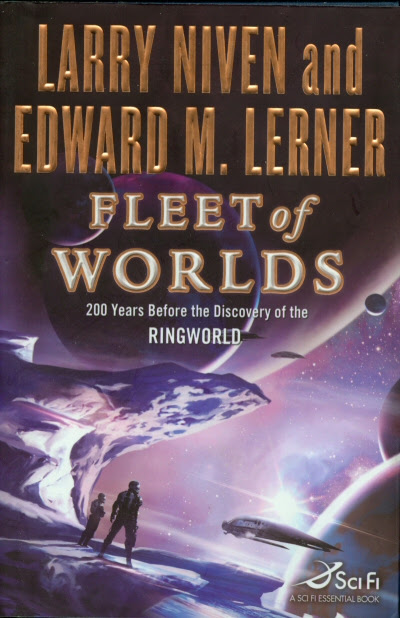 Aside from all the fantasy, I'm also finally picking up Larry Niven's Known Space prequel series (co-written with Edward Lerner), and just finished Fleet of Worlds a few weeks ago. I haven't started Juggler of Worlds yet, but I will soon; I've also been catching up on his other collections such as N-Space and Crashlander. I really love Niven's Known Space universe, and its fun to read new books in the setting, revisit the classic Known Space tales, and watch how the authors try to reconcile the inconsistencies and evolving science of a series written over nearly five decades!

My wife says this is common among imminent first-time fathers, who try desperately to get all that last-minute living in before B-Day and the Loss of All Personal Freedom arrives. I guess I'll save my staggering video game exploits in recent months for another column...

*if you're following my blog and have noted my lamentation at not getting the Tome of Horrors Complete, I will admit that the 100 odd books I bought at Borders in its closing days probably had more to do with that than all the money I've spent on baby gear....sigh, such is the life of a biblioholic, sacrifices must be made and all that noise....!
Posted by Doctor Futurity at 12:00 PM