I snagged Dead Island for PC on day of release, thanks to a too-good-to-pass sale that worked with a voucher at Green Man Gaming. It tied to my Steam account, which was awesome....I'm not a fan of Green Man's "Capsule" downloader, so this worked well for me.

Anyway, Dead Island is this almost magical blend of zombies, open-world exploration, amazingly well done first-person melee combat and minimalist (yet effective) MMO-inspired quest-hub story telling. It's the kind of experience that you will enjoy immensely if you like the following:
Dead Island has been criticized for it's day-one bug issues; there was a quick patch that fixed some, added more, and then more or less invalidated all the existing saves. I loaded my save up to see if I was somehow exempt (I was only just at the light house, so not far in) but found a large number of random vehicles stacked haphazardly in the courtyard, mysteriously....and the exit gates would open, only to reveal yet another exit gate. For that sorry survivor, her tale ended apparently trapped in some sort of Escher painting with Zombies. Or maybe she was really trapped on The Quiet Earth and just didn't know it... 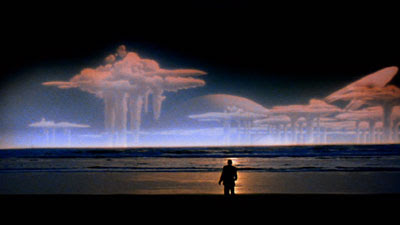 Anyway, it's a good game. I'm still plowing through it, but it quickly made its way onto my list of favorites. It's not a hardcore role playing game by any means, but it definitely has a more sophisticated tale to tell than, say, Borderlands. It's not as sandboxy as Fallout 3, but it does a convincing job of confusing you into feeling like it does. It's not as frenetic as Left4Dead with its "AI director" but manages to puncuate quiet moments with nail-biting craziness extremely efficiently nonetheless.

If there is only one feature of the game I could point out as being troublesome, it would be the MMO-like qualities: the quest hub characters stand around politely waiting for you to do everything for them; how any of these unmoving stiffs survived long enough to pay you to find their personal jewlery or teddy bear is beyond me. Some people complain that the human models look a bit glossy and stiff; I haven't noticed that, but they really should have some random behavior animations to make them look like they are doing something more than loafing around while you fix all their problems for them. Likewise, although there are plenty of story elements in the game of interest, there are just as many peculiar fetch quests that exist entirely because the medium of computer games have somehow taught us that it's okay to run around fulfilling mindless secondary goals. I really wish that my tough-as-nails hardass lady character (the one who hates men apparently...and with good reason, I'd say based on her introduction) could get a few dialogue options, such as,

"Look lady, grow up and stop pining for your damned teddy bear,"

or "Hey jerk-face, why don't you go find your own damn car to haul gasoline so you can burn up these corpses? I got news for you: there's an entire Island full of walking corpses out there. These five here stinking up the place are the least of your problems."

Other than that, amazing game. It bodes well for the future of Zombie Island Apocalypse titles, and I am eager to see what Deep Silver coughs up next...

Posted by Doctor Futurity at 3:49 PM