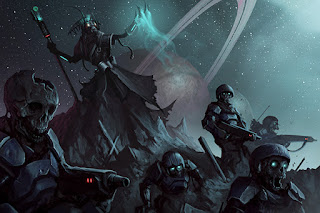 I've been reading Hyperlanes lately, and also reading Starfinder, and I admit...I'm kind of torn.

Hyperlanes has the following pros:

My group is largely leary of Pathfinder. I have two "hell yeahs" and a mess of "oh nos" to contend with. But if I run it, I think they will give Starfinder a shot. Hyperlanes has so much coolness going for it, though......but I predict a game lasting to level 5-6 before we start noticing that the only dude with escalating damage of note is the muscle. For me, I'm really tired of "high hit point" style games and even D&D 5E gets a bit annoying for it at times. Pathfinder handled it fine until about 10th level when everything started to get too big, too gonzo. 5E remains balanced consistently throughout, and it plays very well as a result....but I am concerned that maybe Hyperlanes' classes weren't thought through so carefully, and their escalating structure is missing as a result.* I'll need to play around with it a bit more, see if I can identify if there's something there I'm just missing.

But Starfinder...wooo! That Alien Archive alone makes me want to run this baby. Hmmmm.


(It doesn't help that I've been thinking seriously about returning to Pathfinder for a campaign again. Sigh) 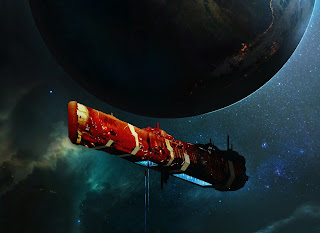 *Example: most core 5E classes do one of the following: gain extra attacks on their attack action (fighter), gain damage increases for their special (rogue) gain level up bonuses (all casters with at-wills) or similar effects that have a net result of the class insuring that as you level up and foes get tougher, your ability to dish it out gets better. It makes lower CR foes easier to kill, and higher level foes aren't as devastating if you are able to concentrate fire. I'm just not seeing that in the Hyperlanes class structure for most of the options, even though HPs will go up, and creature templated damage goes up.
Posted by Doctor Futurity at 6:00 AM