First, for those interested I finally got around to updating my Video Game Review index. Now all the video games I've reviewed, in one spot! I was wondering why I don't do more paper and pencil game reviews, when I realized that really, what happens with PnP is that you can tell which games I like by what I produce....if a game is on my radar, you know I like it because I'm doing content for it.

The last two weeks have been weird for my local gaming circles. I have regular groups that meet on Wednesdays and Saturdays, and a prospective five part game on Mondays or Tuesdays in which I am getting to be (gasp!) a player are all ongoing.

Wednesdays are currently rotating between a D&D 5E game set in Enzada and a Traveller game which is two sessions in. This Traveller group is in the same sector of space as the Saturday group, but exploring a different subsector. We also have a possible new D&D 5E campaign budding once Enzada dies down, and this new campaign will explore Lingusia's Western Nakamura Isles.

Saturdays are hopping with an active Traveller campaign, and a long running D&D 5E level 15 campaign currently on hold. The Traveller campaign is an exploration of the Sirianthus Sector, which I'd started working on years ago but is now getting fully fleshed out. Last night I was unprepared for anything specific but the group agreed to an experiment, and I finally ran a game which hit two milestones: we played Savage Worlds as a fantasy RPG for the first time (it was very effective at the genre, and I love the Fantasy Companion) and I ran the game in my Altavir Campaign setting, which I had previously been considering for use with any number of systems from Fantasy AGE to 13th AGe and T&T. Well....tentatively at least maybe it turns out Savage Worlds will be he default system for Altavir going forward....I really enjoyed applying the Fast! Furious! Fun! ethos of SW to fantasy. We had some encounters with lead-lined skeletons, moss men and a gant scorpion in a quest for the ancient tome of evil, and a side quest involving a local witch and her evil temple. I'm hoping the rest of the group is up for it, but I think I could be pretty satisfied rotating between Traveller and Savage Worlds Altavir on Saturdays.

The final surprise was a pick-up session during the holiday of Mythras with a friend of mine who is running a historical campaign set late in the Crusades, involving what amounts to a game of ruthless opportunists cutting a bloody swathe through the holy land in searching for a lost relic in the form of Christ's cross. It was a fantastic game, more so because the GM runs games the way I like them (and I am a really particular player!)...I think the group plans to meet for Tuesdays with a planned story arc of 4-5 sessions. Definitely going to keep making this one.

I also learned that I really, really love playing Mythras when someone else is the GM. 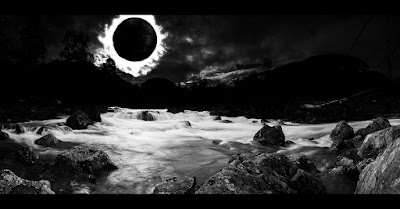