Traveller: An Introduction to Sirianthus Sector 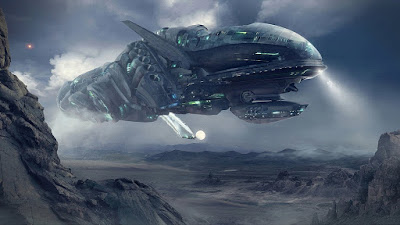 My latest Traveller campaigns have centered around the Sirianthus Sector, in a larger, more fleshed out version of such set specifically (so far) in Authority Subsector as well As Plague Subsector and Wreathe Subsector (and yes, no one likes the Plague monicker in that subsector). The sector overall has five features which affect the region:

Lost Aslan Empire: It's the same general location as an ancient and expansive lost empire of Aslan which collapsed two thousand years ago, but left many Aslan colonies isolated in its wake. Today some of these Aslan colonials have aspirations to restore the lost empire.

Omnium Collective: An indigenous humanlike species which evolved through parallel evolution appeared in the region now known to be contested by the Omnium Collective. They are noted for their psionic abilities, and may have developed this as a byproduct of an unusual higher dimensional life form, a kind of parasite which latches on to ordinary four-dimensional beings of time-space, creating a symbiosis in which the "host" becomes more psionically receptive.

Plague Worlds: About three centuries ago a strange mutagenic nanophage was released through unknown sources, possibly lost ruins on a red class world, and spread rapidly to infect at least a dozen worlds, most in the Plague Subsector and Seven Stars Subsector. The nanophage either outright killed or horribly mutated its targets with a near 100% success rate. Sector Authority and the Imperium quarantined all worlds and took a "shoot first" approach to insure containment. A means of eradicating the nanophage was designed by Imperial Engineers but no cure for the afflicted survivors was ever found for their mutated state.

Sector Authority Rule: The region is under rule of a contracted entity, the Sector Authority, which was granted control of the region a century ago by the Imperium nobles who decided to move their interests elsewhere.

Early Colonization: Finally, the region is noted for having been seeded during the early expansionist era of humanity by a number of generation ships. These lost colony worlds were almost all recontacted within the last five centuries, but many had fared poorly, some had adapted in strange ways, and a few all but lost their memories of being colonies in the first place.

Sirianthus Sector is a fringe region, but still technically in the dominion of the Imperium. About two hundred years ago local Imperial powers negotiated a contract with what was originally a PMC to turn general control over the region to Sector Authority. The Sector Authority eventually turned in to a governance unto its own, branching out from its corporate merc roots into four major branches:

Authority Assist - a civic and developmental branch designed to promote the terraforming of new worlds and the development of existing worlds. This branch focuses on "uplifting" lost colony worlds.

Sector Authority Patrol - the naval and ground forces branch, this provides sector defense through a generous military budget. It is not enough to combat threats like the Omnium Collective, however, and Imperium forces have been dispatched to assist.

The Bureau - the bureaucratic branch of Sector Authority, this is the admnistrative wing which keeps the machine running and also provides governance for indigenous worlds which lack any other unifying government but need it.

The Aeon Group - originally a separate entity, Aeon Group was folded in to Sector Authority when full control of the region was handed over by the Imperium about twenty years ago, as Imperium resources were pulled out for greater needs elsewhere. Aeon Group is the intelligence branch, and a kind of "secret police" with overriding authority throughout the sector.

Sector Authority is centered on their seat of rule at the fabled Utopia Incognita, a lush, well developed world which has been inhabited for at least nine centuries. The original write-up was posted here. 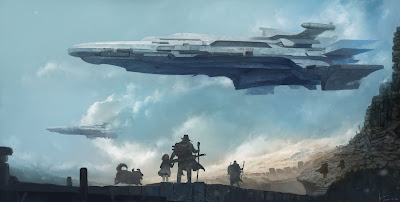