Plotting a Campaign in Pergerron using Mythras in the Near Future 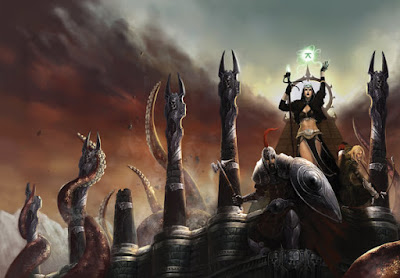 With Classic Fantasy out soon, Mythras (alias Runequest 6) is really on my mind right now. On the one hand, I've been trying to ignore it a bit, as I have a couple active games going with no immediate end in sight....White Star (now on Saturdays) and D&D 5E in Chirak (that consumes Wednesdays). But, we could put D&D on pause Wednesday, or White Star could conclude in another 5-10 sessions easily enough. When that happens....I think a little RQ6/Mythras is in order.

Not sure if I'll use the Classic Fantasy content whole cloth, as I like the core rules as-is, but maybe I could snip the monsters, magic items and some other stuff out and blend it in. I'll most likely use my Pergerron setting, which worked quite well for my prior two Magic World campaigns, so it should translate pretty easily in to Mythras.

Failing Wednesdays and Saturdays, I have some other local gaming cohorts who have been asking me to run RQ6/Mythras for a long time now. If I can somehow find the time to introduce a third game, this would be an easy way to do it. Hmmmmm.....

If you are wondering why RQ6/Mythras is sufficiently interesting to merit extra effort to run, know that it is probably the best system currently on the market for managing a blend of fantasy and realism that will evoke the grim and gritty elements of sword & sorcery (& sandals, don't forget those) in a manner consistent with actual fiction. The power and fragility of RQ6/Mythras characters contrast in such interesting ways, and you really can model an Achilles in this system without resorting to tricks or house rules, essentially.

That sort of evocative experience is a real eye-opener for many people when they finally get to play RQ6/Mythras for the first time, realizing that there's an entire other range of storytelling you can be doing in fantasy, which draws upon a much more mythic and historical resonance than D&D traditionally can. D&D can handle a certain style of game exceedingly well....but it's not a system where losing a limb is a realistic prospect in combat, or where casting spells requires meaningful sacrifice and effort....or where you can, by the Rules as Written*, advance in skill and talent without ever lifting a blade, to become a major mover and shaker by force of wit and personality and talent alone. Mythras is all of that, and a bit more.

Time to revisit The Vosjin Wood again, I think. 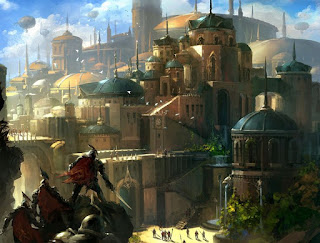 *In 5E's defense you can train in downtime without leveling to gain new skills and languages, but 5E is not even remotely as nuanced as Mythras is in this regard.