This Week in RPGs: Remnants, Maschine Zeit, Starships & Spacemen, Beyond Red Crater, and Over the Edge

At long last and after an address snafu (which the customer service at OneBookShelf fixed immediately and to their credit, even though the error was mine) I now have the print versions of Maschine Zeit and Remnants. I've been reading both in electronic format, but not perhaps as dilligently as I would like; for me, games seem to work better in the print medium, and the PDFs are just more effectively useful as quick references, not for reading.

I'll post more about those two soon, but some quick comments: 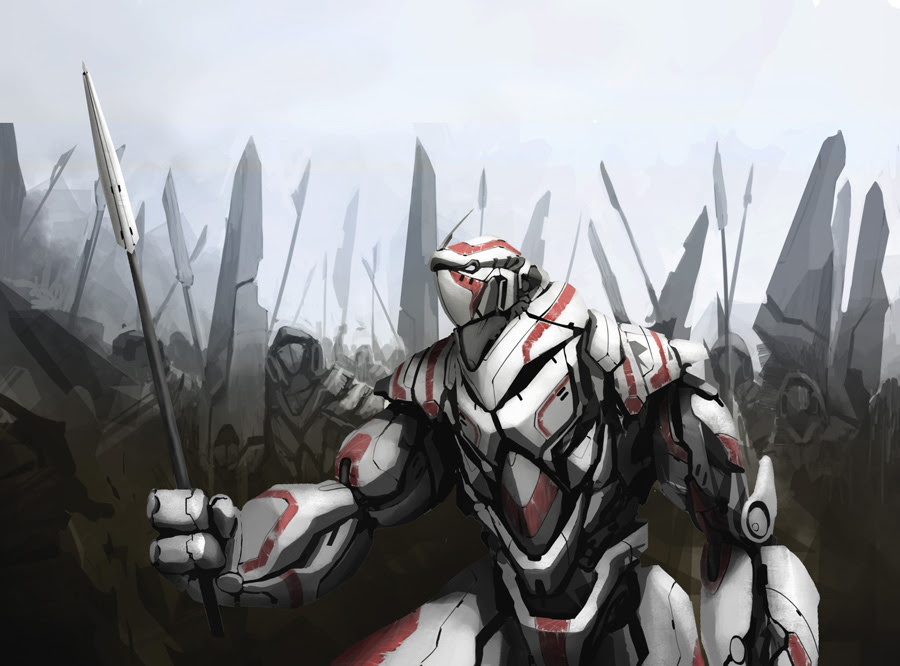 Remnants is a "post-apocalyptic giant Kaiju vs. relic mecha" adventure setting with a nice ruleset to support it. The book is concise and well-written, with the setting content front-loaded and the rules in back (a popular indie style). It's a tight game, and I really plan to run this soon.

Remnants just got its first expansion book as well: The Broken Lands is $6 in PDF right now and having just downloaded it I shall include details on it as well in my Remnants review, which I'll hopefully get to in a week or two at the most. I can tell you right now, the review's going to be one of those fanboy gushy ones, I really like this game.

Maschine Zeit is inspired by the "haunted space station (or ship)" genre of horror SF. It's heavy on the expository fake clippings and bits of text that string together to form some sort of campaign picture. I am still wading through this one, as the PDF version wasn't quite as optimal as Remnants was for easy reading. The rules, as I've scanned through them so far, are really minimalist. Not sure if this is going to prove to be a better "idea/inspiration" book for a preferred system (i.e GURPS or BRP) or if it will stand on its own legs. I'm not a minimalist storyteller style rules kind of guy....I like a bit of meat on my games. We shall see, as with the print edition I should be able to finish plowing through it.

One oddity: for a future full of haunted space stations there are a lot of old school internet and news clips scattered through the campaign section of Maschine Zeit. I would think that in the next century or two blogs and internet anything, never mind news clips, will all be so quaintly "21st century," archaic relics of a bygone era of simpler communication.

Despite my worries that the system in Maschine Zeit is going to be a bit lean, I still picked up all the modules, and must say its a fine read and interesting premise. More to come on this, of course.

Today I ordered print copies of Mutant Epoch's latest module "Beyond Red Crater" and Goblinoid's revised 2nd edition of Starships & Spacemen. I rather like S&S, it's right at the lower end of the threshold of rules complexity for my tastes, and the homage/spoof of the Star Trek classic universe makes this a rather fun product....anyway, I have all of Goblinoid's other games in print now (except for Time Master) so this will more or less complete the GG collection of retroclones and homages that make for some great retro gaming. 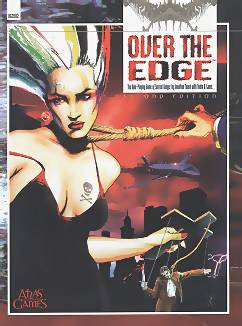 Last but not least I spotted a copy of the 20th Anniversary release of Over the Edge. This is one of the greatest RPGs out there which I somehow never got to play or run when it was actively in print. I need to rectify that....as my old gang would attest, we had some wildly surreal and over-the-edge style adventures back in the day, albeit using Cyberpunk 2020, Dark Conspiracy, Call of Cthulhu, Kult, GURPS and Unknown Armies. How Over the Edge escaped our attention is beyond me.

Anyway, reviews of all of the above as soon as I receive and finish reading them!
Posted by Doctor Futurity at 7:00 AM