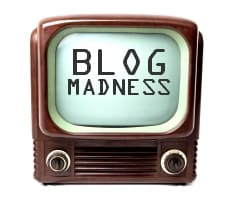 Yesterday's post on PDF publishing generated a startling number of hits (285 as of Friday afternoon) which is cool and interesting....I should write more on this subject, as I have much to say/discuss and people are clearly interested.

In noticing this I thought, "What are the other posts that have garnered a lot of traffic?" since it's been a while since I last looked. As usual the results are surprising, with some new additions:

#10 The Cabin in the Woods Review joins the list with 665 page views.

#8 The Resident Evil 6 Leon Kennedy Campaign Review gets #8 with 922 hits. I'm especially happy about this as I really had fun writing that review, and the game was so much terribad fun that it made doing the review funny and cathartic all at once. Only REAL RE fans can claim to have experienced this game and bathed in the sort of gamer love that one can only get from a disturbed codependent relationship!

#7 The U.S. Airforce Aircraft Identification post got 923 hits. My throwaway "I'm bored what can I find on the interwebz today" post. LOL

#6 My John Carter Rant was next, with 955 hits. I mean....that was a really fun movie, how could it have bombed so badly? Sigh.

#5 The Realistic Fantasy/SF Role Model of the Week featuring Spartan Catherine-B320 remains strong with 1031 posts. She is still my favorite non-John 117 character in Halo. Tough chick.

#4 Orcs in Warlords of Lingusia for Pathfinder holds on with 1180 hits. Interesting....orc love remains high.

#3 is Sabiri Tattoos with 1329 hits. I can appreciate this. Sabiri tats are awesome.

#1 Remains "The Death Gods" with 2191 views. Wow....I may have to explore the death gods of the Lingusian pantheon more. Lots of unpublished material on them that I should clean up and make presentable some day.

#4. The Aliens: Colonial Marines review has gotten 119 hits. I still stand by what I said; I liked the single player campaign, and ran into no bugs. The multiplayer however continues to elude me, as I can't even get the F***er to log me into a game. So from a MP standpoint its pure crap.

#3. The Leon Kennedy Campaign Review for Resident Evil 6 garnered 150 posts in this month alone, even though it came out back in November. At least people who read my A:CM review will know I am not a tasteless junkie of cheap throwaway titles if they read this one....though one could be forgiven for thinking I am a virtual world masochist for playing both games through.

#2. Deathwatch: The Ark of Lost Souls in which I mention the first Warhammer 40K RPG product to be released that might interest me generated 175 posts, so I feel sorta bad that this is not something I will likely be able to capitalize on, being otherwise very, very unfamiliar with the WH40K universe.

#1. The Cost of PDF Publishing yesterday, already at 285 posts as of writing. Wow. I feel like I should try to write some more serious articles on the industry as a result of this. I usually treat the blog as a playground with occasional articles of a ranty or informative nature....but ultimately always as a "whatever I feel like" sort of thing. However, there are most certainly a wide range of topics, especially publishing, which would be relevant to the focus of this blog and on which I have more than a few opinions, advice or general data to share. I'll need to think a bit about what I can bring to the table going forward that people will find most enjoyable.

I also need to edit my posts better. I have a bad habit (these days) of redundant word usage  and it drives me nuts when I spot it (always after the fact). I can only blame old age, mental fatigue, and my child driving me to distraction as reasons for such sloppiness.

Anyway, thanks everyone for perusing the blog, here's to the next couple of years' growth as a blogger!