Okay, it's a week late but I just wanted to say, "hey, look, that was a whole lot of nothing. Hope some film makers and book writers got a decent profit out of that one." So I guess the next big event...which ironically is actually something worth noting, unlike the entirely fictitious non-event we just breezed through, will be the 2037 near-miss from asteroid Apophis. I predict many more book and movie deals in the future, culminating in a more interesting level of mass hysteria if the History Channel gets lucky.

I've taken a break from blogging for the last week or so. In a nice change of pace I've been relaxing at home, but that's only half true; it's been a bear of a week at my place of employment as I do an office move, which has been an interesting and time-consuming task, with a lot of overtime in the mix. Hopefully by next week things will be back on track, though.

I did manage two minor accomplishments this week: I watched the movie Salt, and I finally got finishing achievements on all campaigns in Left 4 Dead 2. I don't feel a lot of compulsion to continue playing L4D2, which means I need to find a new game to play for the Holidays (it's been a tradition now for a couple years that I played marathon L4D and L4D2 campaigns during all major holidays). Hmmm....I think I might start focusing more on Arma II soon (although I am still holding off on Day Z until the official edition comes out next year). 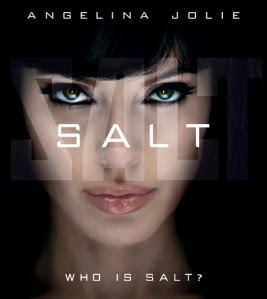 I also watched Salt, the Angelina Jolie action film from a year or two back. It was actually a lot of fun, and I got to see the extended edition, which means I have no idea what was cut from the theatrical release but it held together just fine. The film did an admirable job of focusing on a character (Evelina Salt) without necessarily giving away her character's motivations. It had a few "unpleasant" moments in it, the sort of stuff that European and Hong Kong cinema don't bat an eyelash at, but which most Summer time American audiences cringe over, so I wonder how well it did when it was fresh on the scene.

Anyway, it was a good movie, had fewer "suspension of disbelief being tested" moments than is normal for an Angelina Jolie movie, and a compelling narrative with more than a few plot twists. Worth watching if you are into action and espionage films.

Amidst all of this, I would like to thank my son, Marcus, for being such a good sport while dad tried to watch a movie, as he only made a mad dash to turn the TV off once, and otherwise played with his ball with dad, the cats, and anything he could bounce it off of for close to an hour and a half before mom arrived to put him to bed. 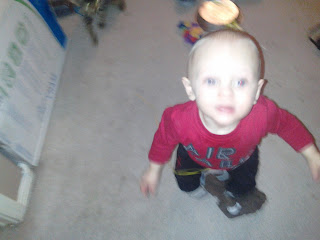