The Other Side started it (from the source at Google+), and Really Bad Eggs continued it so I figure hey, let's do this thing:

Preface: I am 99% gamemaster, so when I say played, I really almost always mean GMed. 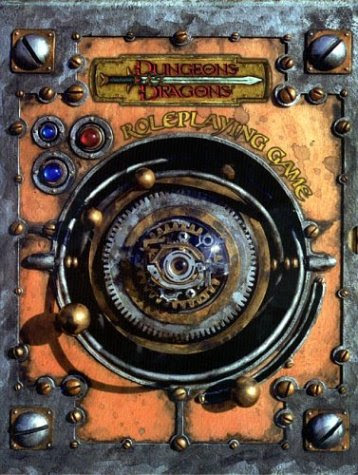 1. Dungeons & Dragons
This ought to come as no surprise. D&D is ubiquitous and the gateway for most tabletop gamers. I'd have to say that the majority of my game time in D&D is tied up between my 2nd edition years and my 3rd edition years, but 4E comes in pretty close by volume due to a lot of twice-weekly sessions over a three year run. If you factor Pathfinder in (and I am treating Pathfinder as a 3.5 variant of D&D for purposes of this count) then 3rd creeps up closer to and maybe exceeds the volume of play from every other edition.

2. GURPS
GURPS wasa go-to system for all my non-fantasy gaming from 1st through 3rd edition, and while 4th edition was for mysterious reasons the one that derailed my regular use of the edition, it is still a game I will buy and read even when I never get time or opportunity to play it anymore. Aside from D&D, it is my second-most played RPG. 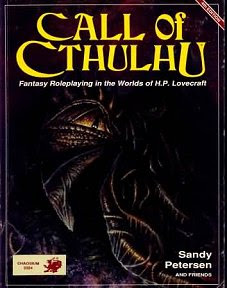 3. Call of Cthulhu
CoC grabbed me with the GW hardcover version around 1983 and I kept running it as a personal favorite for many years. I haven't had a chance to run it for a while now, but in sum total volume of play, not to mention its indirect influence on how I run other games, CoC is definitely #3. 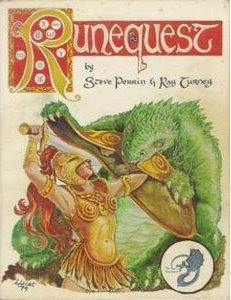 4. Runequest
Runequest in its various incarnations is the only fantasy RPG to get close to my volume of D&D gaming, with occasional campaigns once every few years manifesting when the stars are right, and my obsession with writing about and its cousins (BRP, Legend and so forth) is just as strong.

5. Cyberpunk 2020
I played Cyberpunk 2020 to death back in the early nineties, it was my most played game in College and had a run for a while in which CP2020 campaigns were more numerous and longer than my AD&D 2nd edition campaigns. CP2020 fell to the wayside after College, but for those few years it was a top-dog staple of my gaming circle, and I look forward to its planned revival.

6. Traveller
Traveller has just always been there, albeit without the intensity of other games. Like Runequest, its a system that occasionally bubbles up from the ether and takes hold of a game group for a while, then disappears for sometimes years at a time. It's in a lull for me right now, but who knows... 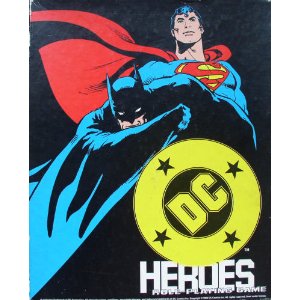 7. DC Heroes (MEGS edition)
Another classic, the 1st through 3rd editions of Mayfair's DC Heroes RPG was my go-to system for comic hero adventures back in the day, and one of the best campaigns I ever ran was powered by DC Heroes. I wish the MEGS system would get a proper revival, and also that it wasn't dead and buried with the Blood of Heroes people, wherever they are today.

Not on this list but deserving honorable mention is BRP (which I wish I'd have more opportunity to run), Dark Conspiracy (which was not far between Cyberpunk 2020 and Traveller in my College years of obsession) and Gamma World, which I have not run enough of consistently over the years but remains one of my favorite read/collect games.
Posted by Doctor Futurity at 12:29 PM

Email ThisBlogThis!Share to TwitterShare to FacebookShare to Pinterest
Labels: #7rpgs