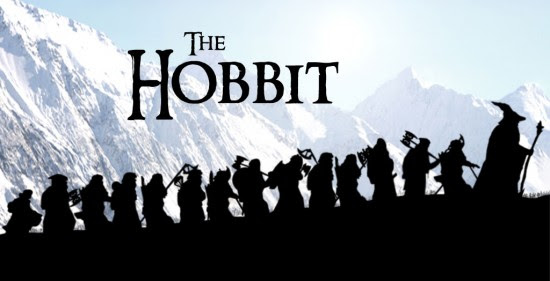 We're five days away from the end of the Mayan Calendar, a phenomenon which has been excellent fuel for the Judeo-Christian obsession with End Times, and for which, had the original Mayans who crafted the calendar still been around, would have signaled that it was time to roll out a new large chunk of stone to...make a new calendar.

The Hobbit Part I came out last week. It would be a great and terrible irony if the world did end in a few days, with The Hobbit Part II still a year away from release, but luckily I have unshakeable faith in Occam's Razor, which says that it is a far more sensible explanation that "people are dumb" than that "Mayans knew the world was going to end two thousand years ago."

Anyway, the Hobbit: An Unexpected Journey, was a fantastic movie, and you should probably go see it. I had a couple revelatory moments while watching it: first, it showed so clearly how indellibly the book influenced gaming at an early age, no matter how much people like to pull out the Gygax quotes about how he only added the Tolkien stuff to appease some of his players, but the truth is much more likely that (regardless of how he felt about the presence/absence of Tolkien in the game) that Gygax was at least mindful of how litigious Tolkien's Estates were, and that his game had an uncharacteristic level of influence by it in the final print form we're all familiar with (as so much fantasy did in the 70's and on).

So as I was watching it I was impressed at those bits that evoked childhood memories of The Hobbit for me, and also of how much of the structure of the book is embedded in pretty much all of my RPGs and specifically D&D) experiences ever since. We have the overland journey, the dungeon, the discovery of magic items, the wandering monsters...all of it has been indelibly embedded in our fantasy gaming ever since. The Hobbit is incredibly iconic for practically the entire hobby; it, along with Howard and a handful of others are practically the sum definition of D&D's roots, and their tendrils spread out from there.

So yeah, I liked the movie, although it did make me wistful for a time when this was all new to me, when the excitement of reading The Hobbit, or the Conan novels, or playing D&D for those first times was still a genuinely exciting experience. I do look forward to seeing what my son discovers in the future that will "grab" him in the same way. It could be literature and tabletop gaming for him like it was for me, or it could be something else, but ether way, I envy him his youth and appreciate that I get to see his interests and curiosity manifest.