So....I'm thinking of doing some edits/revisions to the Sarvaelen campaign, alias "Tales from the Watchers of the Sullen Vigil," that I was running on Fridays for various systems. Here's my thoughts:

1. This started as a fun Friday exercise with T&T in mind, thus why it included leprechauns and hobbs (halfings) but it quickly expanded to include BRP and then later Legend stats. As it evolved I realized that I had some ideas for this campaign that I feel are beyond the scope of....or better suited to, I guess....more traditional pulp fantasy elements; pre-Tolkien, if you will. Or, to put it another way, I think I'd like this campaign better if it were free of elves, dwarves, halflings and their ilk. Not free of nonhuman options, though....I like the ghuls and the naga, for example....but a campaign setting where humans are dominant, and what nonhumans there are tend to be the weird, pulpy stuff like the aforementioned naga, ghuls, and then add in deep ones, lizard men and serpent men and such.

2. To do this, I think I'll do some revision/rewriting (followed immediately by a reposting) of the material to reflect this shift, including for the scenario I published. I might group it all together in one big post/download. I might make it available for those interested in a print version, too. And finaly make some maps for this world.

3.  I think I'll stick to one system, which will be Legend for now (with possible plans to annex it for Runequest 6 when that arrives in print).

4. The goal here is to focus exclusively on non-Tolkienesque fantasy elements and see how it goes. There's nothing wrong with elves, dwarves and halflings, sure....but really, I'm just getting so tired of them creeping into every fantasy game whether I want them or not. I recently snagged a copy of Dragon's Dogma for the Xbox 360 (alas no PC version) and I love that game, absolutely love it. I was impressed at how it pulled off an organic, fully realized world (despite being made by Capcom and not Bethesda) and the closest you get to a nonhuman character are your "pawn" myrmidon allies, derived loosely from the mythology of the legendary myrmidons, "created warriors." It's a brilliant concept, but the game does a fantastic job of conveying a deeply mythic world that is still entirely humanocentric.

So....any thoughts? I'll probably start work on this "reimagining" of Sarvaelen next week, beginning with the excision of halflings and dwarves in favor of good human culture analogs, and an "altering" of the dark fae/leprechaun concept to something more suited to the genre and setting intent. I also have an idea about making dragons more noticeably cthonic, primordial, and maybe direct servitors of the Old Gods rather than "camp followers." I think this could work, and would serve as a more distinct and interesting setting than one laden with the geriatric leavings of poor old Tolkien. 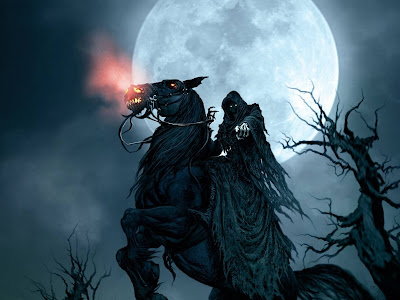