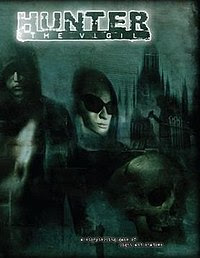 My next entry in the "Watchers" series will happen next week, probably...it's been a busy week for me so I haven't had time unfortunately to devote to my next entry. But it shall resume soon, I promise!

I've had a rather limited budget lately due to an enormous number of post-baby medical bills I've been paying off, car issues, the shopping event of One Million Diapers plus all the accoutrements that accompany having a wife and child. The short version is that this left me with one choice for myself out of three possible, tantalizing choices, which included: Dungeon Crawl Classics (the gold foil edition plus modules), ringing in at around $80-90 before discounts; Dragon's Dogma, a console RPG which sounds rather interesting (but costing $60 right now)....or option #3, the one I didn't expect but went for: a new copy of the World of Darkness rulebook and Hunter: the Vigil core rules. Dunno why I decided on that, but I think it had to do with the fact that poor 'ol DCC is rather pricey for yet another fantasy retroclone/pseudo-retroclone that as interested as I am in it I know I'll never play (but hell, I'm still picking it up later in June, my copy is on reserve), and I have no time for Dragon's Dogma right now when my backlog include Fallout: New Vegas, Mass Effect 3 and Skyrim. Seriously. By the time I get around to trying Dragon's Dogma it will be a $20 special, I'm sure.

Anyway, I once got a chance to read Hunter: The Vigil and really liked the premise, much improved over the old Hunter: The Reckoning. Maybe I'll get a chance to run this one. Plus, it would be a chance to enjoy some modern supernatural/horror gaming again, which I really miss. 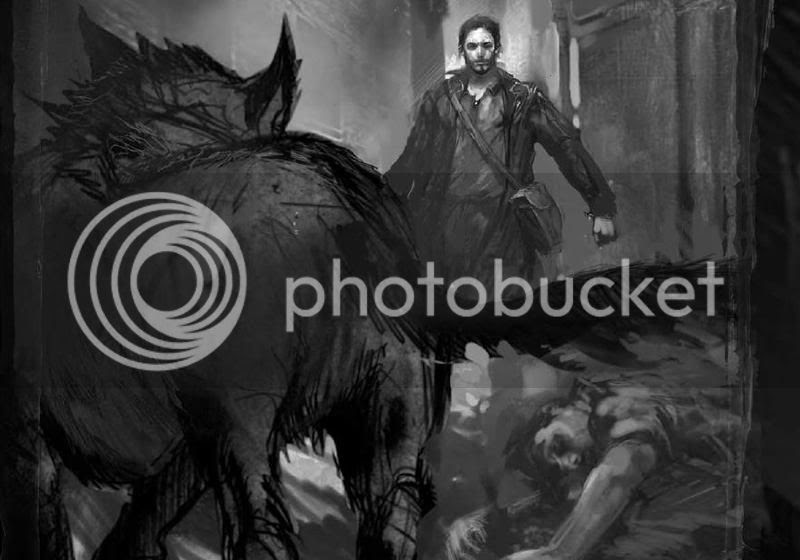 But you know, I do have one good old fantasy game book freshly added to my collection: Classic Monsters the Manual for Castles & Crusades has at last arrived. This one was one of the "freebies" (paid out of my meager return on online book sales) but well worth it. It's lots of classic monsters, but anyone who (like me) really loved the old 1st edition Fiend Folio and who also likes C&C will love this book. It's probably one of the best overall products Troll Lord has put out since...well, the Castle Keeper's Guide, I suppose. It also dramatically boosts the monster count for C&C, cleans up and presents converted stats and backgrounds for about 200 monsters, most all of which are derived from the OGL versions of those classic fiends that were converted by way of Tome of Horrors, and in that sense it is delectable old school comfort food. Just having the Hooked Horror, Adherer, Huecuva, Flumph and more under one roof, poised and ready to strike in my C&C games, is worth it.

*between the 4th Crusade (green cover) Monsters & Treasures and Classic Monsters, I am surprised we haven't got an official entry on drow somewhere in C&C as an official 8th race option, since they seem to spend a lot of time fighting monsters.