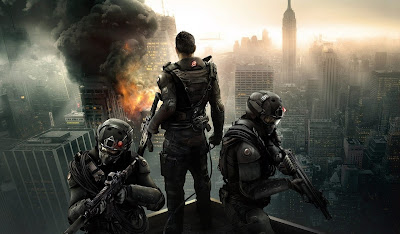 I've played a lot of Tom Clancy's The Division in the last few months, a game I had intially been skeptical of but ultimately not only warmed up to, but have found it a great periodic "go to" game in a way that I wish Fallout 4 had been for me. It's premise is simple: a viral outbreak of an engineered small pox virus is unleashed during Black Friday in New York, and in the space of a month kills off most of the human population of the United States (and maybe the world). The government tries to hold itself together but is just as devastated, resources drawn too thin. Clandestine operatives belonging to a deep cover black ops program called the Division are awakened and sent in to Manhattan specifically to try and restore law and order while also figuring out who created the virus and whether there's further threat. Amidst all this, groups such as the Cleaners are part of extreme right "solutions" to the problem, using death and flame to purge infected survivors while establishing their own new rule of law.

It's a pretty compelling near-future apocalypse, and the game runs through a variety of primary missions in which your Division agent (and allies, of you roll that way) work to solve the mysteries of the plague while restoring order. Along the way are tons of side missions and events, as well as the brutal Dark Zone where all bets are off, and pvp reigns supreme....there you can become a rogue agent and basically grief the hell out of your fellow humans playing  the game. While this is fun in a video game, it's not so easy to translate into paper and pencil unless you as GM want to cede the game over to warring players...

Anyway, one thing that The Division does really well is show how you can take a perfectly ordinary environment....bereft of pretty much everything "weird" other than some sophisticated computer tech and a super-virus, and make a great game out of it. The environment in The Division would translate well with the right sort of focus into the scenario style of Savage Worlds, for example....and Savage Worlds is honestly one of the best game experiences I've had to date for modern firearms combat, with an excellent blend of tense "die at any moment" events combine with a measure of heroic player agency with the bennies.

I think a Division agent would start off at least seasoned, although one could argue that they may even qualify for more experience. That said, here's a suggested Division Agent archetype for Savage Worlds. Division agents are well-rounded....from the start they have decent stats across the board, and after advancing a bit focus on whichever specific area most benefits them. 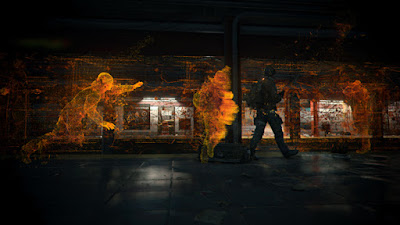 Division Smartwatch Statistics
The smartwatch is a sophisticated near-future limited AI personal computer worn on the wrist. It projects imagery called ECHOS (Evidence Correlation Holographic Overlays) constructed from other data sources, such as phone recordings, cell data, surveillance cameras and forensic evidence to recreate images showing specific events in sequence. These events are (presumably) projected via augmented reality overlay onto the retina of the agent via chip or relay for viewing (or you can be generous and assume they are actual holograms).

Smartwatches grant a +2 modifier to investigation rolls, tracking rolls and knowledge (electronics) rolls. They also provide encrypted communication abilities within a 50 mile radius. While the ECHO effect is active however they reduce Notice rolls by -2. 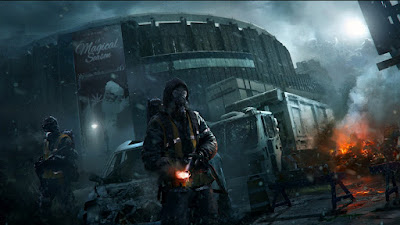 Here's the rationale for this design...

Attributes: agents are well-rounded to start, needing to be equally good at everything. You can start differentiating as you advance in experience.

Skills: agents do not intimidate (except by pointing their gun), they shoot. They do not talk much, so no persuasion skills. They are not all that familiar with things, but do know how to flip a switch or fix a machine, thus repair and knowledge (electronics). No cars in New York seem to work anymore, so no driving skill needed, though the agent probably has some driving experience. Investigation is a big deal....they do a lot of that in the game, and use their augmented connection to their personal computer to witness events in the form of ECHOS.

Edges: these seem like the most applicable edges for a starting agent, but if you want something else, go for it!

Hindrances: the agents come off as quiet, dedicated and very persistent. They definitely adhere to their vows to the US Government as Division sleeper agents, and the only way this could be a problem is if you choose to eschew this hindrance in favor of the Wanted (major): Rogue Agent option and be a sleeper agent gone bad, but such a choice would put your character at odds with everyone else, pretty much.