While I've been gallivanting about on work-related stuff several things have popped up worth mentioning. 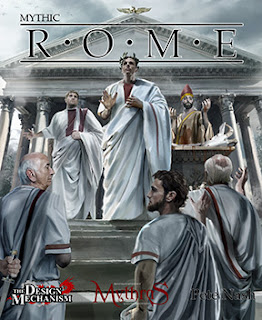 First off, and most exciting, is the new Mythic Rome book for Mythras stealthily rolled out. It's available in pre-order on The Design Mechanism's site, with PDF available for immediate download. The PDF on first read-through strikes me as a consolidated, cleaned-up version of BRP Rome, which is absolutely a good thing. This looks like a very comprehensive, focused sourcebook for gaming in Ancient Rome and sets a great precedent for Mythras, one which was already given a high benchmark by the high-quality Mythic Britain sourcebook last year. 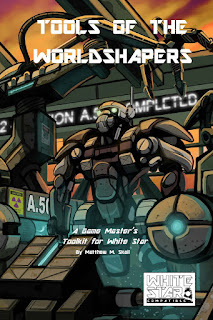 Next up is Tools of the World Shapers, a White Star sourcebook from DYS Games, which have also produced other great sourcebooks for WS, including Between Star & Void, the indispensable tome on star knights. After an initial read-through I can say it's a meaty addition to any campaign where the GM wants more tools and features to mod out your campaign with. Notable sections include a copious number of cybernetics, equipment design rules, and "gifts" which provide a way of introducing weird powers in a non star knight framework. 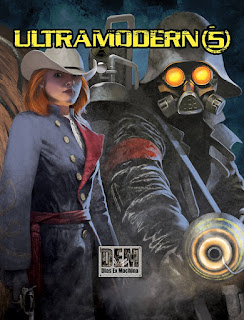 Third, but hardly least, is Ultramodern5, a 5th edition toolkit for D&D which lets you overlay rules, classes and other mechanics to allow for futuristic, modern and other contemporary game settings. It is very much a toolkit, so in theory you could run straight modern or near future SF with no issues, or mix and match to create weird science fantasy or other campaigns as desired. The book looks very useful and I will provide a proper review soon.
Posted by Doctor Futurity at 9:49 AM