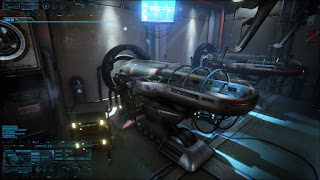 We've seen and read it countless times: our protagonists, be they Ellen Ripley or Richard Riddick, need to go in to some sort of deep sleep, either by means of stasis, cryosleep or "other" until they arrive at their remote destination light years away. Sometimes it's a rather formal process and lots of wires, diodes and catheters are involved. Other times it involves being frozen in some substance or even locked in to some sort of "between time" state. Or maybe it just involves a wrist-attached device pumping you full of stasis-inducing fluids. Who knows!

Sure, space is ridiculously big, and it is often the case that SF writers realize this enough to decide that concepts like cryosleep make sense when your implied universe requires a journey lasting months or decades. Maybe the ship needs to keep its resources to a minimum, and hauling ten months' of supplies for a live crew is precious weight that the ship can do without, so locking everyone into a dreamless sleep where they don't wake up, die, or even age is a good idea from the point of view of the bean counters. But.....maybe there's some other, possibly more unusual, even sinister explanation....

Here's six I can think of:

When you tavel at FTL speeds the human mind can't take it. The technology for FTL travel might put you into another higher dimensional space, or maybe it cuts corners through a neighboring universe. Either way, the implication is that humans can't handle the trip awake, and maybe not even physicially. Something bad would happen to them if even one of the human woke up in the middle of hyperspace....

2. FTL Travel would Cripple or Crush You out of Stasis

Advancing faster and faster to travel into FTL space could take time. Maybe the actual "journey" from point A to point B takes mere minutes, but it's the first light year out and the last light year in where the steady acceleration and sudden deceleration are most taxing. Once you're in hyperspace it's nearly instant....but the before and after would leave a person not in stasis a smear on the wall.

3. The Hyperspace Parasites Will Get You

Long ago space travelers figured out that the dominion of Hyperspace, wherever it is, is rife with mysterious alien parasites that latch on to wakened human minds and ride back in to "normal space" to start zombie apocalypses, wars, or just become serial killers. To solve this issue, everyone has to be locked in stasis for the duration of the journey. 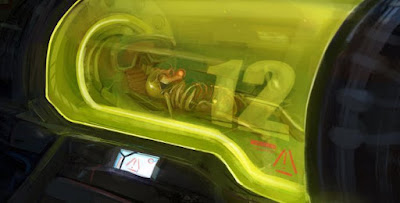 4. Event Horizon and Doom were Right

It turns out there is a parallel dimensional space that makes FTL travel fast...but bad news! It's the dimension which has lent our collective memories to the concept of hell, and hideous entities exist over there which seek to infiltrate our minds (sort of like the parasites, but demons) and ride back to normal space to start the End Times. Your friendly Megacorporation realizes this is not in their profit margin, so they figured out that a dreamless passenger in stasis does not attract the attention of the demons in hell. Usually. Don't worry, they've got specialist cleaners for the "special exceptions."

Actual FTL travel in this case is a bit like quantum teleportation....where you "destroy" the entity in one region and remake it in an exact duplicate somewhere else. Hyperspace is just the "journey" through which the quantum process takes effect. No one like experiencing utter destruction and reconstitution, so stasis is the only solution. That, and even moving around slightly during this process can lead to you're particulate matter being stretched out over a few light years' distance so everything, passengers included, has to be locked down for the ride.

Turns out your universe's FTL travel still takes enormously long times. Moving at twice the speed of light might let you imagine ways that relativity is ignored or bypassed, but 2Xc. is still a 2+ year journey to our nearest neighbor star, Alpha Centauri. In a case like this, it may just be that the resources for such a journey are at a premium, and stasis is far preferable to an aging crew arriving years later.

It's been suggested that realistic space travel, especially at STL speeds, would need to be conducted over decades or centuries. Even in a matter of years, it might make sense for a future transhumanist society to send out AI-controlled ships with the digital recordings of human explorers ready to upload into freshly grown bodies on the other end, tailored specifically for the environment they will soon be facing. And when those explorers are done? They can retire those bodies (or leave them to their fate), and move on to the next destination, with uploads in the next new bodies.... 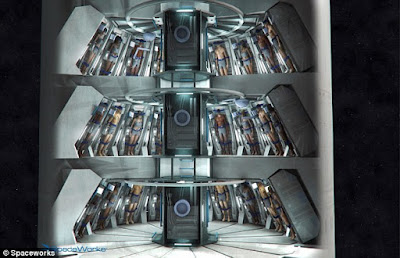