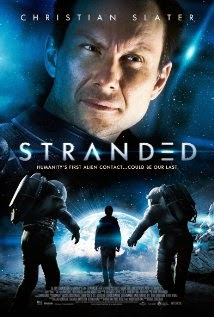 It's sometime in the not-too-distant future and four astronauts on the Moon Base Ark are about to have a very bad day after a rogue meteor shower pellets their base, seeding it with alien spores. The spores rapidly manage to infect some of the crew, leading to possible hallucinations and madness. Are the crew just imagining things, or are they really experiencing a seriously low budget film with aspirations to produce an alien that somehow manages to blend multiple other horror films' aliens together into a sort of spore puree?

The film is largely forgettable, at least partially because it takes itself rather seriously but misses some very important steps along the way to "getting to the good parts" which aren't really all that great so I don't know what their hurry was. Among other things it failed to take time to establish any personality for the four main characters beyond "scared, yelling, and in constant state of emergency," so we never learn much of anything about them that helps to sympathize with their plight or at least feel for them. In their defense the actors really did have "freaking out in middle of space emergency" down perfectly, though.

Unlike virtually every other movie these days Stranded actually uses old fashioned FX and never once soils itself with lame CGI. This has the distinct advantage of making the movie a bit cheesy in an old fashioned way, but it also makes the movie feel a bit more genuine and distinguished from its similar low-budget competition. The gore FX in the movie are not bad, even if we only really get to see something truly alien in the last five seconds of the film. This reliance on classic FX almost makes up for the painfully basic recycled set pieces and props. The film's sets are so generic and recycled that you will spend a lot of time trying to figure out which other film they filched the set pieces from. Some items (I'm looking at you, booklight-turned-space-radio) are so blatant that it takes you out of the movie every time you see the piece in action. 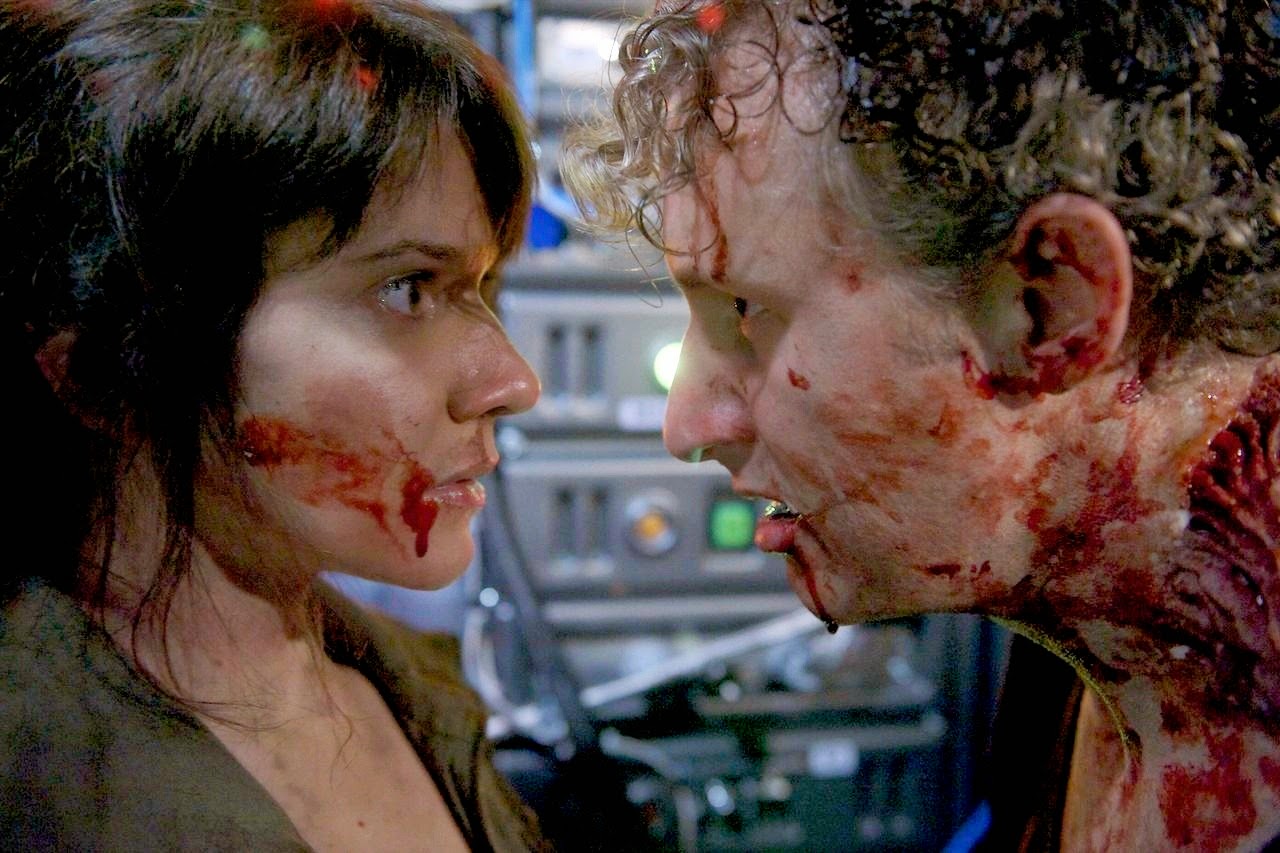 Most startling of all the special effects is the moon base exterior, a lovingly detailed scale model crafted with all the precision and accuracy of a model train set piece. All of the exterior shots, from meteor showers to landing (and taking off) ships are done using this set piece which clearly was someone's special project of love. I would not at all be surprised if the moon base set wasn't finished first, and the story pitched to make use of it.

When all is said and done this movie had about 20 minutes in the middle where it actually got really interesting, and I started to take notice....but then it degenerated back into more derivative silliness again. Unfortunately Stranded was trying too hard to be too many other films, and the really interesting bits don't get enough attention in the film's effort to borrow from other better ventures before it. If the movie had spent more time on the core conceit (spore-alien seeks to mimic host organisms while hosts think they are hallucinating) and also spent more time setting up these characters as people we could relate to (or at least feel for), then it would have done better.

Stranded answers many important questions that I never knew needed answering. Some of the questions this film tackles include:

What has Christian Slater been up to, lately? Making this movie, for one!

Did you know those little pop-out book lights they used to sell all over the place a decade ago can double as space communicators if you paint them black?

One of the great mysteries of a film like Alien is just what the alien is (bioweapon or perfect hunter?) but it turns out that alien spores are quite capable of hijacking a host and getting her to give birth to an alien doppelganger in a matter of hours because reasons.

Worst case of "explosive decompression into a vacuum doesn't actually do that to the human body" ever. Like: pureed exploding body bad.

Another fine example of "gravity and weightlessness in films are portrayed accurately in inverse proportion to the film's budget."

All in all a fun little romp if you catch it for free on Netflix like I did, but utterly forgettable otherwise. I give this one a C+ but might have been tempted to give it a B- if I didn't wince every time I saw Christian Slater speaking into my old booklight.