I have next to my desk a stack of horror movies begging to be watched and reviewed. To combat the holidays I always like to kick back with a few grizzly horror flicks this time of year. Anyway, first up is....Ashes, a zombie movie with the twist being that where most zombie apocalypse films begin, this one ends.... 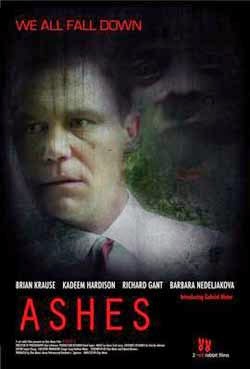 Ashes (2010)
Brian Krause plays Dr. Andrew Stanton, a driven medical professional who is working as a full time on-staff hospital physician (in ER no less) at the same time that he's working on a cure for aids, specifically some sort of immuno-boost drug that seems to be working on his principle volunteer patient. One day, a boy suffering from what seems to be a snake bite (but which the audience knows was a jellyfish sting) is dropped off at the ER door and begins to fade. For whatever reason they are unable to identify the boy's malady, and can do nothing for him....his immune system, it seems, is failing.... (yes, see where this is headed...)

Our good doctor decides to intervene, injecting some of his experimental serum into the boy, but he dies. The boy's name, in a moment of attempted apocryphal implication, is Jesus...oh and his sister is Maria. Before he dies he suffers a severe siezure and in the process bites Dr. Stanton.

Ultimately Stanton determines that he is getting sick from the bite, and suspects he is both the cause of the boy's death and possibly his own malady. He gradually figures out that his serum mutated when exposed to whatever was within the blood of the boy, and its second stage is rapidly changing him. A confidante and assistant realize that the third stage, if it gets out, will be quick and overwhelming to the host. As one can imagine, the movie inevitably and with great and prolonged foreshadowing strides its way to the inevitable conclusion, as Dr. Stanton and all he has come into contact with succumb to the disease or are bitten by those who have. The zombie apocalypse begins.

The film is actually very slow to start, and has a great 80's sort of feel to it at times, a measured and careful pace in which we establish the character and his many relations so that when things start to happen there is some empathy and interest in the inevitable destruction of Dr. Stanton and his world. I'd like to attribute this careful build-up to smart directing and plotting, but honestly it's probably also because the film was clearly made on a small budget. The special effects are minimal but used to great efficiency, and there's not a single piece of CGI in sight, a welcome relief.

Five noteworthy moments about this film:

Want to see a low budget, no-name star zombie flick that starts off slow and builds to a crescendo, a film which shows you exactly what happened right up to the moment before Dawn of the Dead or any number of other zombie movies start? Then check out Ashes....a good, solid B+ movie. 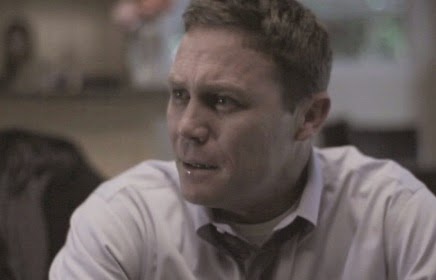