Yaarrrr Pathfinder She Be Sailing into Port

Kobolds Across Time
So once again my gang of gamers are pointing the finger at me and declaring "Gamer ADD!" And who knows, they might be right. I've decided my next Wednesday night campaign plunge should be a return to Pathfinder, which I last ran in January (and run every other week on Saturdays already). Why? Well, I tried to summarize the twisted path of logic and events that led me to this path....


Paragon Campaign Done and to Satisfaction
I ran D&D 4E to satisfactory completion from February through to July, a grand paragon level campaign that lasted close to 24 sessions. Closure goes a long way to feeling content about a campaign. I am at least happy I managed to run a satisfactory paragon level game, with a storyline that actually concluded (albeit with a few conceits toward future plots). This was important, as I really wanted to understand how to run and enjoy 4E in paragon levels...something which had been eluding me with prior attempts. I still think 4E's sweet spot is in the heroic tier, but it is perfectly feasible to enjoy the game from levels 11-20 without much more effort on the part of the DM (but fights still take longer than normal).
C&C is a Gateway Drug System (for me)
I've been reading C&C and got the CKG, which is a great book. C&C has a problem, though: C&C offers the right level of mechanical simplicity for me, but it also simplifies other stuff that I want more of (like skills and distinguishing traits and features that make each character more distinct). The CKG adds options to spice up the game (advantages, secondary skills, high class levels, mana points and so forth) but a side effect of modding up C&C is that I start to notice how other games, like Pathfinder, are already doing what I want C&C to do, but with a great deal of additional support. This was how my last C&C campaign ended: with a conversion to Pathfinder (and the one before that ended with a return to AD&D 2nd edition). I guess at least this time the leap is happening at the start and not mid-campaign. Also, the CKG is honestly good enough to be of use in a Pathfinder campaign, too...it's got a lot of useful material that transcends any one system.
I Am A Consumer W***re
WotC continues to put out a dribble of interesting but not terribly useful supplements. We'll see if they announce anything useful and fun at Gen Con. A release of new core books with errata and fixes would go a huge way toward renewing my interest in 4E for the next campaign. For now though I am surprised to say that my interest in running 4th edition games feels sated, and the very light release schedule isn't giving me the "pick up" I need to sustain interest. I want to focus on other games now.
Also, in no particular order:

Ultimate Magic Is Cool
Borders starts their death throes sale! I snagged Ultimate Magic. Previously I refused to buy into what looked to me like a splat-happy book. I am glad I got it; the magus is fascinating, and I continue to enjoy the new archetype approach that is basically replacing the prestige class as a concept.

Blame the Group Not The Game
I consider Pathfinder and realize it's not the game that was disappointing, it was that group on Thursday with its power gamers and rules lawyers. Pathfinder remains quite kick-ass for Saturday nights, with the right gang of players. The truth is, my groups, both Wednesday and Saturday nights, are a fine group of players and we all have fun no matter what game system we use. I can't harbor bitter feelings toward Pathfinder just because I got stuck in an unbearably rules-lawyer-heavy series of games recently in which we could spend an hour arguing about why Channel Energy was not exempted from the list of things that would turn off a Sanctuary, while I'd be forced to listen to yet another gamer spend an hour telling me how the only good class to play is a chain fighter....or how the best strategy in Pathfinder is to get everyone to roll wizards then use the create water cantrip to flood the dungeon and drown everything....no. I have a decent gang of players, and I gave it my best, but I can't put Pathfinder down just because its a game that Rules Abusers/Lawyers get their rocks off on. Normal people don't play that way!

It's Already Here
I once again remember that all the scenario and setting material I was going to run in the next campaign started as a Pathfinder/3.5 setting...and is therefore already converted, effectively.
My wife Jody is running a weird post-apocalypse/science fantasy campaign with BRP right now, which is satsifying that craving to play BRP, without me having to run it. This is freeing me up to think of what really sounds good right now, and Pathfinder is scratching that itch.

Top Dog is Top Dog
Pathfinder's general news and outlook continues to be good. They're even bringing back prepainted minis, and outselling D&D in some markets. I admit that its pretty tempting to remain aligned to the "top dog". I know I'll want to run 4E down the road again....but probably not for a few months at least.
...and so Pathfinder it is! Easy path of logic, right? 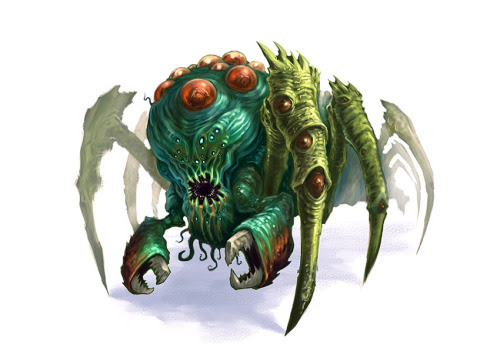