Been forgetting to do this...today, we present Batwoman, a character that has been well-regarded amongst DC Comics fans of late: 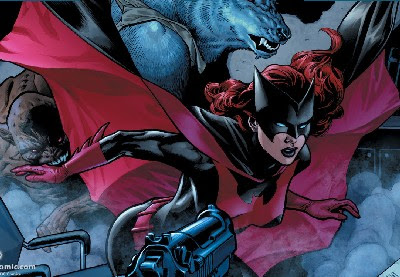 There is also this random picture of Batgirl I found that I thought was a pretty cool suit...no idea of who the model is, or what it's tied to, and the google source wouldn't load:

And finally, the best Batgirl of all, the tough-as-nails cosplayer who asked the hard-hitting questions of DC execs recently about their reboot and why it didn't include more female characters, more female arists and authors, and just generally was ignoring a significant percentage of the readership: 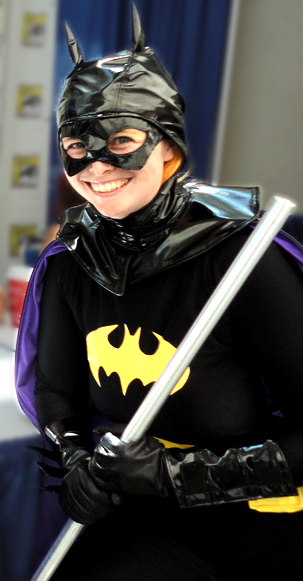 The San Diego Batgirl
Posted by Doctor Futurity at 6:08 PM

Email ThisBlogThis!Share to TwitterShare to FacebookShare to Pinterest
Labels: batwoman