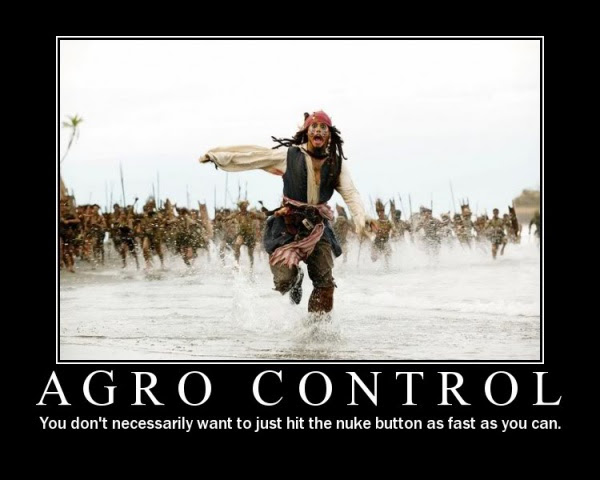 Player Aggro is A Terrible Thing!

After announcing to my regulars on Wednesday that I wanted to make Pathfinder the obsession of my next campaign (which exists in the amorphous, undefined future of "sometime after my wife either gets tired of running her BRP post-apocalypse High Weirdness campaign and/or reaches criticality in the pregnancy and is forced to take a break for a bit") the general consensus was: no. Well, not entirely. There's a new player who showed up (he's been here before, but has a weird and very much "guest appearance" style schedule) who has absorbed whole-cloth the anti-4E meme; he doesn't count because he's so intermittent, anyway. There's my one cohort (you, Dima!) who like me enjoys all games equally, and then there's my wife. Who knows how to gut a fish and isn't afraid to demonstrate on me. Anyway....so 4E it is!

Anyway, I got "Engineering Castles" in from Troll Lord today. It looks interesting...not quite the same as its predecessor (Engineering Dungeons) but still versatile. I think that these two books plus the legendary Cities sourcebook from Avalon Hill/Midkemia may be my tripartite power house of all-purposes "any fantasy game" books for quick adventure design.

My next campaign is going to jump feet first into my long-in-development world of Enzada. Enzada has only seen print in a short story set in its wilderlands, but the theme is "nonwestern fantasy, to the nth degree," and it tries to be different from my other campaigns by dispatching the "order/chaos" themed pantheon of Lingusia and the "twelve dead gods who caused an apocalypse" theme of Chirak for a more worldly "dozens of pantheons and thousands of gods in the hub of a vast, culturally mixed region, and no one has a damned clue as to who is right about the cosmos" approach.

I have a couple fun dungeon delves (well, temple delves) ready to go for this new campaign, will try to post them here soon. 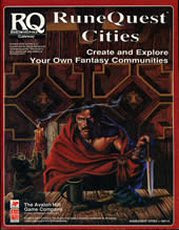 Best Sourcebook Ever
Posted by Doctor Futurity at 6:46 PM

Email ThisBlogThis!Share to TwitterShare to FacebookShare to Pinterest
Labels: RPGs