Those of you who have kids probably know this song and dance. I've avoided it for more than 20 years now, and honestly my wife and I were probably 49/51 on the tipping point of continuing life childless vs. having at least one kid. of course, we picked option #2, and we're on week 27ish of the pregnancy now...just 13 more weeks to go, yay!

But that said, I've been projecting finances for the next six to eight months, and its not pretty! Its going to be an interesting exercise in budget control and personal restraint....I guess I'm going to get a lot of mileage out of my massive book collection, games and all the other stuff I've accumulated over the years...at least, I will, someday, when I have time again...IF I ever have time again....

But who am I kidding? We wanted this, it's a good thing, and I've little or no doubt its going to be a fun and interesting experience for us becoming parents.

On an unrelated note, I stumbled across this page on ebay. I wonder if people really pay that much for old xerox-made fanzines from the 80's? I feel like I should head back to the old ranch where my folks live and dig around, see if I can unearth any of those old magazines again. Personally, its hard for me to look at them as anything other than an artifact of my youth, a sort of lens upon my life as a teenager, but it's also nice to know that they seem to exist as a component of the greater spectrum of gaming as a hobby from the 80's, too.

So while reading Pars Fortuna some more for a theoretically planned campaign down the road, I thought to look up some of the web links that John Stater references as sources of inspiration. One of them is Chaotic Shiny, a seriously cool site full of creative random generators. If you don't know about it yet, go there, bookmark and have fun messing around. 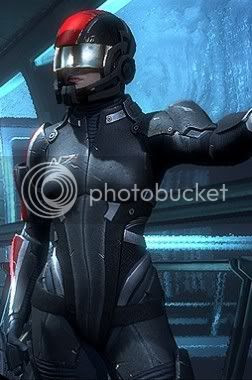 Admittedly, in the real world armor manufacturers are probably not worried about modelling the bust

Now, I ran out of energy playing straight-and-narrow crewcut-sporting white dudes in space marine adventure games a long time ago, so I play a female Shepard in Mass Effect; but my Femshep is a tough-as-nails takes-no-crap from anyone black gal who looks kinda like this: 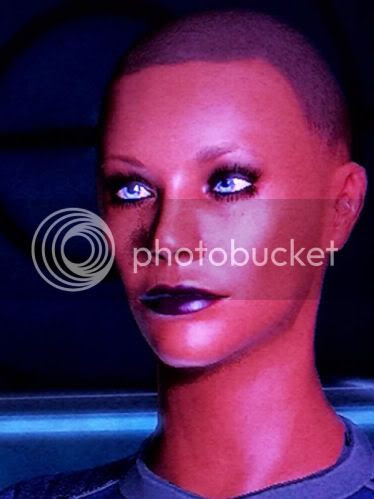 Which is pretty close to my own Femshep. Picture from this cool blog here.


Posted by Doctor Futurity at 5:27 PM