The Winter Soldier is a Hot Mess

It's a long week of unpleasant flu, work, and relentless deadlines I have once again found myself without a suitable subject and no time to work on a proper gaming topic. So instead I offer up....Things On My Mind At the Moment. Specifically: comics! Which I feel I don't write enough about. Time to fix that. 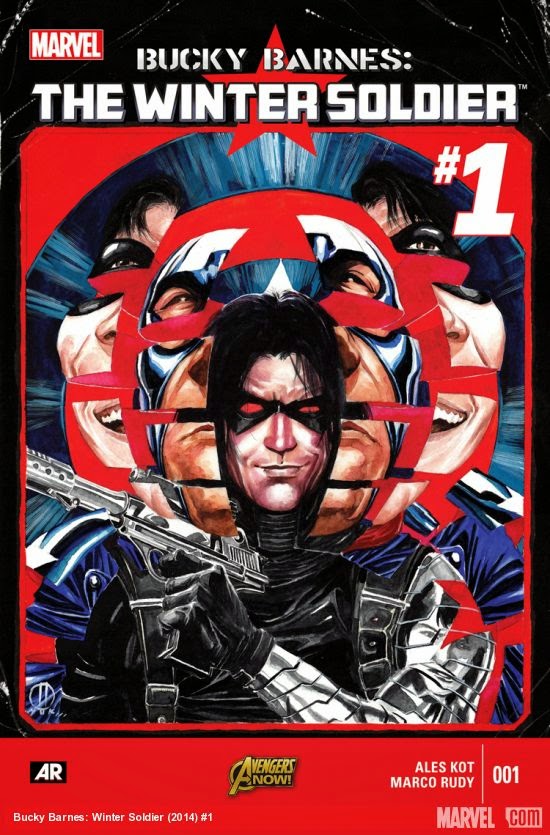 Spoiler Warning! You have been warned. There may be spoilers.

In the wake of Marvel's "Who murdered the Watcher?" series called Original Sins --which if you've read it will either make you think, "this is cool," or more likely if you're an old fan of certain characters will make you desperately wish it was another episode of What If?* ...but I digress....so in the wake of that miniseries, some titles spun off as a result of the ramifications of Original Sins. One of those was a Bucky Barnes, alias The Winter Soldier comic. Bucky got lots of film time in the Captain America: The Winter Soldier movie this year, so it makes sense they'd offer up a Bucky for the movie fans, right?

I guess Marvel's decided that the "Marvel Cineverse Fans" who don't read comics probably never will, because this new series is frankly difficult to grasp even for an old diehard Marvel fan. Ales Kot is the author, and had I known before reading this he worked on recent Secret Avengers books I might have skipped it (I am apparently very burned out on the borderline genre-savvy joke humor action book genre; I think my late 80's/early 90's reading of Justice League of America burned me out on it or something). Anyway, its hard to tell if the book is supposed to be funny or even just whimsical because Kot's style blends with Marco Rudy's trippy quasi-sixities acid trip style of story telling about as well as jamming eggs and nails in a blender to make an omelet. Awful, poorly scripted stuff tied to fascinating but incomprehensible art pages that appear to have been randomly sequenced for all the sense the story makes.

If there is some poor soul who saw the movie and thought, "I'd love to read about Bucky's adventures as a super secret Hydra spy!" then they are in for a serious disappointment. At least the new Falcon-as-Captain America title coming up has some lineage that can be traced and understood. If I hadn't read Original Sins I would be 100% absolutely, completely lost with the story in Bucky Barnes TWS #1. And even with that background, I am still about 90% lost.

Bottom line: pass on this one, unless you love Marco Rudy's work (and I do like his style). He needs to get a title with a different timbre of author; Kot's whimsy doesn't translate well into Rudy's illustrated psychedelia. 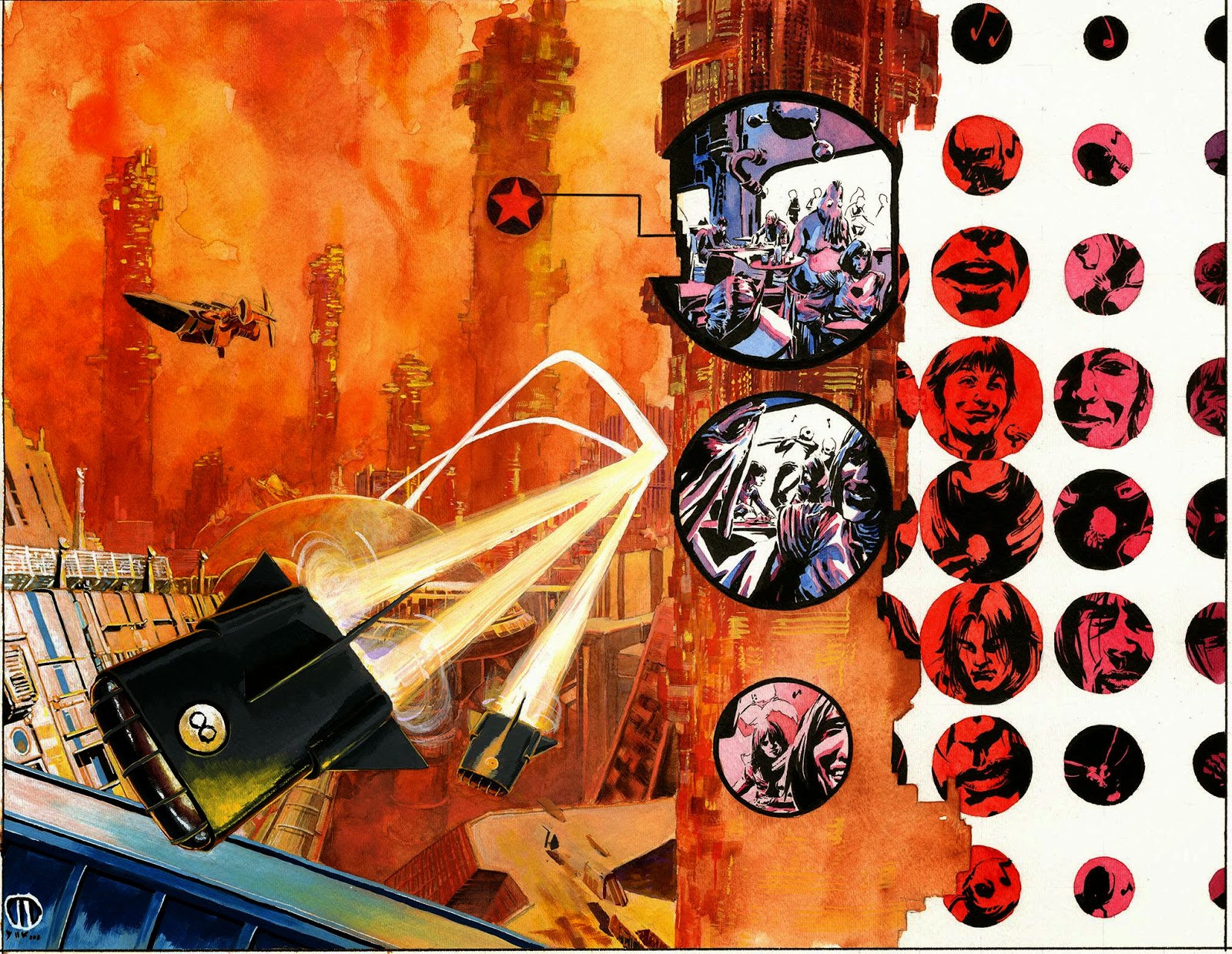 *I still can't decide if I should blame Samuel Jackson for being so awesome as Nick Fury or if I should just accept that it's because the 60's have become sufficiently historical that the pure essence of what elder Nick Fury is simply cannot fit in the contemporary Marvel Universe anymore. Either way I guarantee we'll see what Nick has become manifest in some form on film, I betcha.