I can't quite decipher my mixed feelings for Call of Duty: Advanced Warfare yet, as they border somewhere between disgust that I bought it and an appreciation for what is essentially a rip off on Titanfall (yes, no one's making the comparison but I'm calling it now: the juggernaut exo-suit is just a mini-titan). So more comic stuff instead! 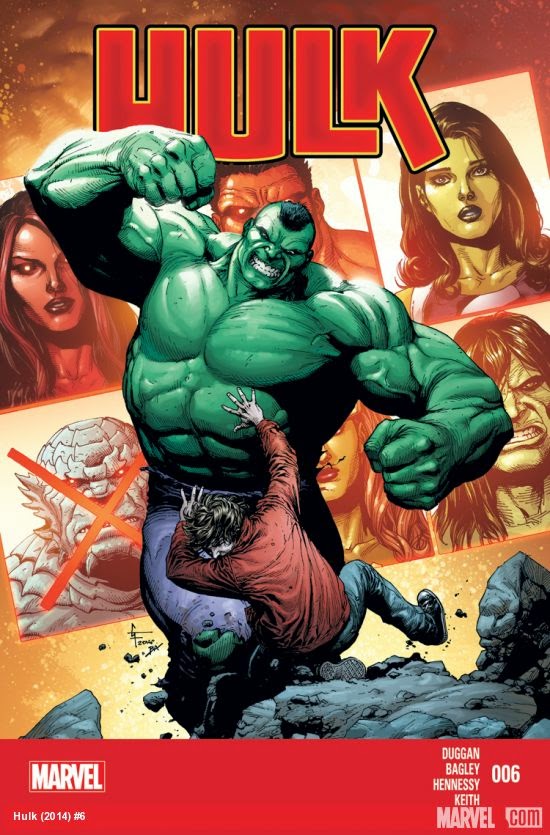 I admit I really like the Hulk these days. When I was growing up Hulk was the least interesting or plausible character out there, or so I felt (next to Thor) and I shied away from several Marvel titles for this reason. In my defense I grew up at a time when the original Hulk TV series was an actual current thing, so that had a lot to do with my perceptions of the book.

Cut to 2014, and Hulk's kinda cool. The character has gone through the wringer time and again over the years, and a lot of detritus shows it (from all the other Hulk-like characters floating around to the number of times weird things have been done with the character). The new series is screwing with the formula --again-- but in some interesting and different ways.

The initial five issues address Hulk in the waning days of his connection to SHIELD (long story Bruce Banner talked SHIELD Director Maria Hill into letting him "work" for SHIELD; that's also a good series from 2013ish, fyi). We begin immediately with a Banner who's been ambushed by a sniper who knew exactly what he was doing....and a crew desperate to operate on Banner and take some blood samples while they're at it, all in the name of a good cause. What at first appears to be a SHIELD effort turns out to be a ruse, and then descends into a mystery as Hulk escapes, but with a massive open head wound from surgery. Maria Hill and her stalwart crew of idiots who like to fly highly destructible floating aircraft carriers everywhere (the SHIELD helicarriers go down in flames more often than helicopters in action films) find Hulk and seek to secure him safely away in another innocent town which is soon to be destroyed. Problems arise when they realize the brain damage done to the Hulk/Banner has made Banner himself a shell of what he once was. 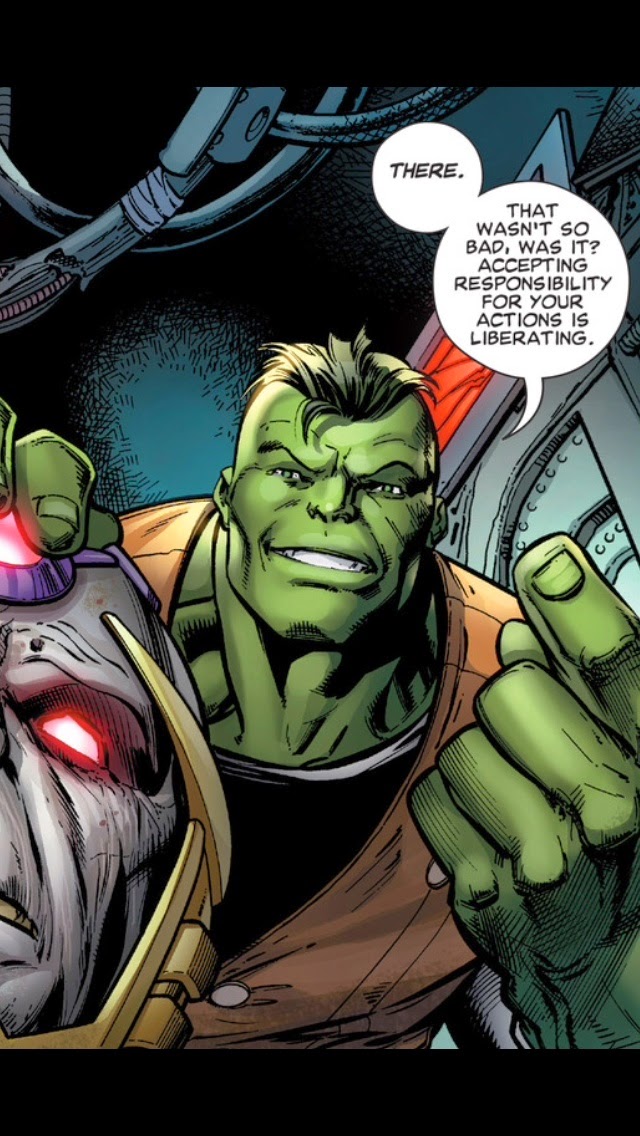 Thanks to the magic of Comic SCIENCE! Bruce gets better, but toward issues 6-7 the plot line turns about on us as the cure to Bruce's affliction with retardation lies within the nanites of Extremis, something I know little about since I don't read Iron Man and can only infer from all his nigh-infinite appearances in other books is some sort of super nanite mechanism that dramatically improves mental capacity.

The twist, of course, is that it also works on the Hulk...and the Hulk in turn changes....for good. Turns out the Hulk doesn't want to turn back now that he is intellectually equal to Banner, and he takes to calling himself Mr. Green, then sets about righting many wrongs as only a super-intelligent Hulk could, including working to purge the world of the manny Gamma monsters unleashed upon it over the ages --which it turns out is a shitload; I had no idea virtually every supporting cast member of the original comic is now hulkified, including Banner's old ex!

If like me you've been around long enough to recall other eras when Hulk gained intelligence while hulked out, I can only assure you that the new title is doing a better overall job of it right now, and makes no assumptions about such prior events for this story.

Anyway, if you want a good single character read from Marvel, Hulk is worth it. More on Hulk later with the Savage Hulk, which is also worthy of attention... 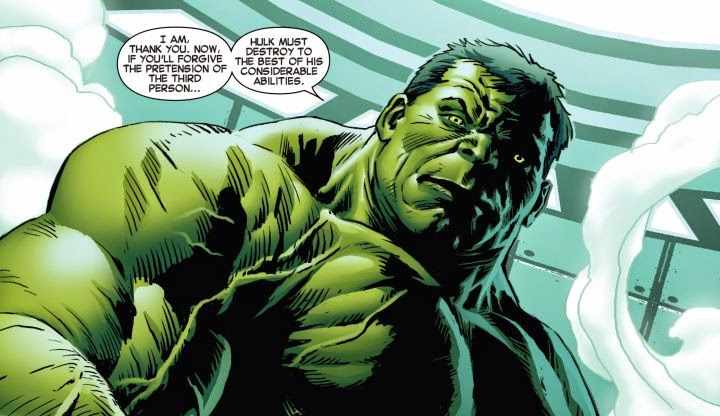