So here's the formula:

It has Marvel heroes for the guys and Frozen, Stitches and Maleficant for the girls. It's all very cartoony, but just interesting enough that it can grab both parents and kids. If you're a parent and you want something that's right at that interesting border of complexity where you can enjoy a thing without growing bored and your kid can also enjoy a thing without growing frustrated.....this is it.

It requires you to "respawn" by putting a new character on the game pad when you die. You also get new modules and things using these "discs"....which seem to sell in convenient randomized packs. The physicality of it always struck me as oddly gimmicky but I now realize it's an insidious, diabolical marketing scheme which truly manages to hoist the pirate flag of Disney over your miserable wallet. My only respite is knowing my son right now only wants the Marvel characters. But let me tell you....I desperately want Hasbro to get Dreamworks now because if Disney snagged them, the torrent of "How to Train Your Dragon" figs that my household might demand would be nightmarish.....!

Anyway.....it's a fascinating concept, and Toys R Us was nice enough to have around 30% to 50% off all DI products "Black Tuesday" sale in time for my son's 3rd birthday. He's been playing it nonstop for the last two hours, although admittedly he doesn't so much "play" as run around and do all kinds of crazy stuff only a 3 year old would think of, all while switching characters and setting every five minutes.

Dad may even take a break from his more serious games to play a little, too! 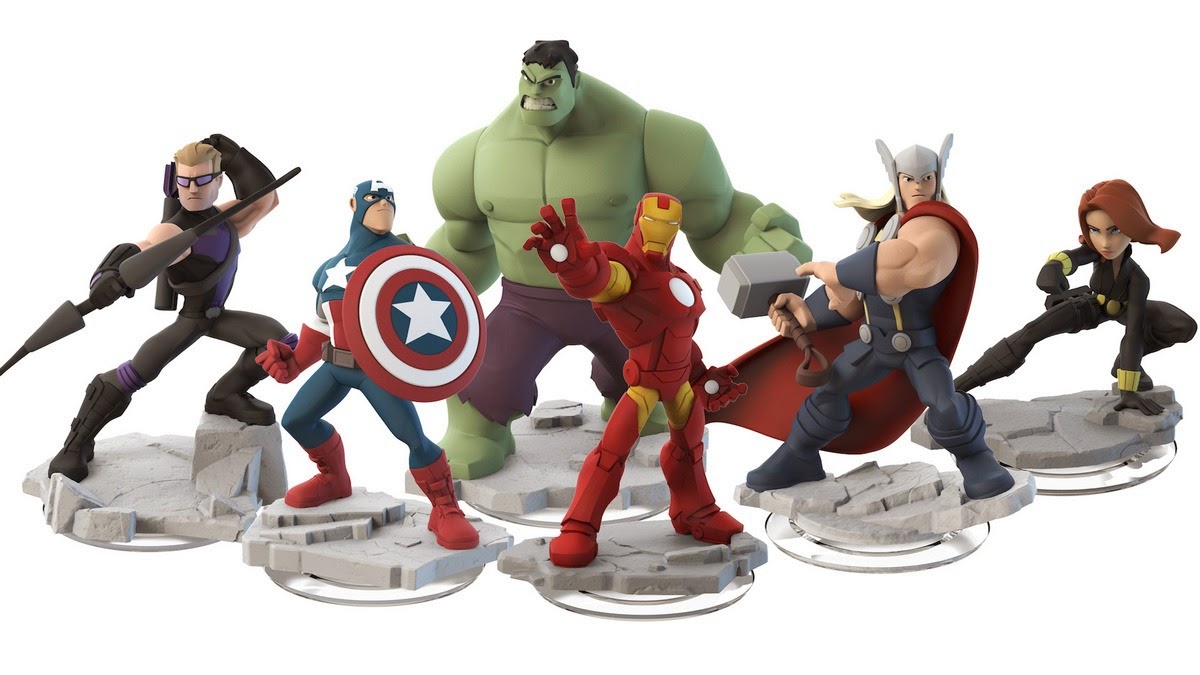 Posted by Doctor Futurity at 9:11 PM