Pathbuilder 2E on Android - The Best Pathfinder 2E App Out There 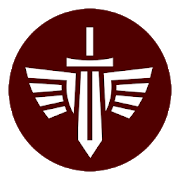 Chances are good that if you're a gamer into Pathfinder 2nd Edition and you had even a passing interest in finding useful apps and programs then you have have discovered Pathbuilder 2E already, but I only recently started messing with it and have to talk about how amazing this app is.

Pathbuilder 2E is mainly for players, though a GM can benefit from an easy way to generate "PC level" NPCs with little effort. It's smart enough to walk even your most ardently dense players through the process and leave them noticeably less confused on the other end. It's got an export program which I have tested out that moves the character to a sheet you can review and pull from Google Docs.

Most importantly: It does all the math for you; Pathfinder 2E doesn't have a lot of math, but it does have more than D&D 5E, and more importantly Pathbuilder gives you a complete but very focused overview of just the stuff that matters to the character you are making, from feats on down to equipment. The process also quickly scales to whatever level you need to reach, and provides the necessary stat blocks to understand every feat, spell and ability choice. It's really quite genius.

The "deluxe" version doesn't do much more than unlock pets and remove a small ad banner at the bottom, but for $4.99 this thing is a steal either way. If you want to be able to make Pathfinder 2E characters easily, or need to refer your players to a tool that will give them the ability to do so in mere minutes, this is it!

Posted by Doctor Futurity at 9:15 AM