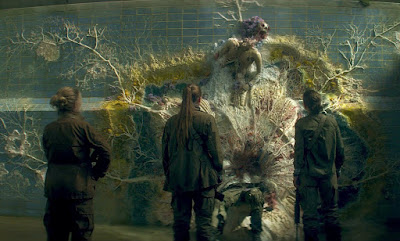 This was a long and movie-filled year. Were they all good movies? Nope. Were any of them great movies? A few. This was also the year predicted by some Youtube Nostradamii as the movie apocalypse, a time in which a big budget tentpole/AAA release hits every week through the whole year and leads to the collapse of multiple film studios and/or publishers. Which did not happen...imagine!

2018 does, for me, mark a couple significant changes in film viewing, though: my son is old enough now to enjoy movies in a more sophisticated manner, meaning the palette of movies he can sit still for has grown exponentially; movies are indeed coming out with greater frequency that tick that box which says "kids and family want to see this, and don't want to wait for it to show on Netflix," and finally I still just love seeing movies in the theater, and theaters locally are really making the experience more fun and easy thanks to luxury assigned seating. So yeah...overall we saw more movies this year than I have in, well, forever.

Here's the best movies in 2018, according to the Realms of Chirak household (so YMMV, of course!):

If you haven't seen Overlord, you are missing out on an unexpected great, if not entirely monumental film. The movie manages to be a compelling, at times nerve-wracking tale of Operation Overlord on D-Day (so, A World War II movie) when it abruptly dives into the deep end of weird Nazi scientist zombie super-soldier horror. I knew very little about this movie before going in to it, and was rewarded with one of my most enjoyable film experiences in years.

Runner Up: there were actually quite a few good horror movies this year, believe it or not. I'll tentatively suggest that Annihilation gets this billing, albeit with the caveat that it was just as compelling as an SF film (see below). So let's also nominate A Quiet Place for runner up!

I chose the title "comic book film" because this isn't just about superheroes, it's about a comic book style of tale telling writ large. Spider-Man: Into the Spiderverse manages to be a great superhero movie but an amazing comic book movie, possibly the best of its class. It takes a relatively incredulous core conceit (the spiderverse), a fan favorite from the comics (Miles Morales) and then tells a tale that does a bunch of things right that not many superhero films pull off: compelling character arcs, plot with resolution, action sequences that you can follow and make sense, surprises all over the place that felt carefully designed that way, and all topped with a CGI cartoon style(s) that blend remarkably well for a perfect package. If you only see one comic book film this year, Spider-Man: Into the Spiderverse should probably be it.

Runner Up: that easily goes to Deadpool 2, which thankfully had no backstory to worry about this time around, and made for a hysterical take on the Marvel universe through Deadpool eyes.

You could argue all sorts of reasons for why this is a good movie, but it is inarguable that Avengers Infinity War pays off on eight years of Marvel Cinematic Universe buildup and cashes in on that with great success. The sequel will be just as big, as Marvel and Disney left this movie with a cliffhanger that had the entire audience of children in tears, with adults quickly confirming that their beloved characters who appeared to have been destroyed still showed future movies in development, or actors with future movies still on contract.

Runner Up: Black Panther, which was a brilliant film and a unique exploration of Wakanda in the cinematic universe. One could argue that it deserved top billing and Avengers Infinity War get runner up, but the truth is neither film would have been as effective without the years of world building that went in to laying the groundwork, and both benefited greatly.

Yes, the best movie in SF this year is the one no one saw. Natalie Portman and a team of scientists enter an anomalous region where life and reality are being warped into strange symmetries by an alien presence, and the film is all about the eerie exploration...at times terrifyingly so, of this event. If you haven't seen it yet, go get a copy or find it on Netflix or something, you have missed out.

Runner Up: Ready Player One deserves this credit for its Spielbergian depiction of a futuristic dystopia in which life is so grey and miserable that even your grandma has retreated into the virtual space, but somehow that's okay because this is an upbeat tale of dystopian futrue romance. Well worth watching, whether you liked the novel or not, for its straight-forward depiction of a future that is unfortunately far more likely to come to pass than the happy singularities optimistic futurists promise us.

It's a Netflix exclusive, and it's also a western, and also it's a surrealistic black comedy, but this was probably one of the most enjoyable films I've seen this year. A series of western vignettes, each one a story of tragically arbitrary failure with only two of the tales resolving in a manner equatable to a happy ending, the Ballad of Buster Scruggs should be seen by anyone with a penchant for Coen Brothers films or subtle, dark humor in general.

Runner Up: oh this is a tough one. I guess Deadpool 2? It's the only movie which made me laugh as hard as it did (and also my son, when got to see the slightly less raunchy Once Upon a Deadpool). 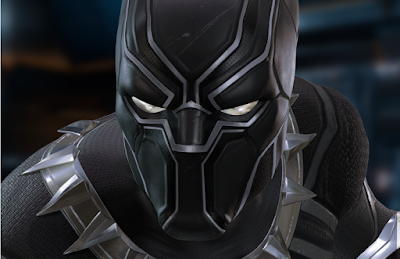 FILM OF THE YEAR: Black Panther

Black Panther  deserves high praise for its depiction of the super-science hidden country of Wakanda. Even more significantly, it handled an interesting trope in the depiction of black characters on film, with Killmonger being a serious contender for best villain in the MCU who represented a sort of depiction of the way that black characters are all too often handled in American cinema, vs. the deadly serious, deep and utterly self assured Black Panther and his many supporting characters.The result is a film that manages to portray a subject in a manner that defies conventional racial depictions in western storytelling and, frankly, just crush it. Black Panther may have benefitted from being able to do so as part of the MCU, but it also managed to demonstrate that this can be done..and should be done, from here on out.

What list wouldn't be complete without some raspberries? Here are some duds for the awards:

BIGGEST SURPRISE OF THE YEAR: Venom

Venom deserves no special awards other than somehow being a Sony movie that was actually fun. For bonus credits, watch Venom, then watch Once Upon a Deadpool, and notice how the latter demonstrates how clearly the former film edited itself for a PG13 rating when they realized their R rating would lock out 90% of their target audience.

Runner Up: Aquaman! Who knew they could get Aquaman right, and also make a movie where a thousand laser sharks on screen was a serious moment?!?!?

It was fun, okay? But this movie was the very definition of playing it safe, and demonstrated (I feel) every case study in what people were afraid would go wrong with the MCU under Disney. It had a toothless villain, a lack of any real sense of gravitas, and a general focus on "feel good but don't think too hard" at it's core that made this the least interesting fun movie to watch in 2018. I get it: they need these kinds of films for the series; but this one was just uninteresting enough that I could (and may very well) sit out the next one and wait for it to show up on streaming somewhere.

Runner Up: Bumblebee! I loved it, but this movie was all about making a family-friendly, earnest, heartful course correction for the Transformers franchise, which it succeeded at, but it left very few surprises in place; when your biggest surprise is that the appearance of the transformers matches their appearances from the original cartoon, then....well, yeah.

Look, I can't call it the worst movie of the year because it is technically proficient, and there are worse films out there. But The Predator demonstrates that just because you played a bit role and did some minor dialogue rewrites in a film from 1987 does not mean you are in any way qualified to follow up on it decades later. The Predator effectively killed the franchise and demonstrated that it is completely possible even in this year of 2018 to misunderstand the core conceit of a film franchise in such a manner that you destroy it for the fanbase.

Runner Up: Solo, but not becuase it was a bad movie (it was a lot of fun) but rather because it suffered the backlash of The Last Jedi and demonstrated that Star Wars fatigue had already set in.

So here's the problem with doing a list like this when you're not a hardcore film buff or paid critic: I avoid movies that get bad reviews, or which I suspect I might not find that engaging. The movie doesn't have to be bad (I'm avoiding the Return of Mary Poppins, for example), it just has to be off my radar. As a result, I often don't see the bad movies of the year. However, I may see some truly awful movies within the year, just not films that were released in 2018. For example: Monster Land, a truly miserable little collection of indie vignettes which for the most part are as irredeemable as any Amazon Kindle selection of random short fiction rudderless and without an editor to steer it into some sort of readable direction. So if I elect a truly bad film this year: Monster Land deserves it, even though it was released in 2016.

If I had to mention a movie in 2018 that was truly horrible, I guess I'd suggest Gotti. I didn't actually see the film, but the clips I have witnessed suggest strongly it deserves this honor.