I've been accruing video games faster (as usual) than I can play them. My son's making up for some of this, but he's got his own backlog due to...you know, being six and all that. But I spent some time recently messing around with some of these titles to some interesting results! I've tried each of these for at least a few hours, unless the experience was so bleh at the start that I felt the overriding desire to retake my time and bail. Consider these less "reviews" and more "opinions" but, this being the internet, it can be hard to tell the difference sometimes! 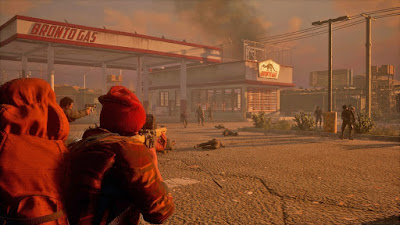 I grabbed this for the $30 price of a new copy which might be considered a warning sign by some, but I enjoyed spending more than a few hours in State of Decay's first iteration so my thought was maybe the second game would be worth some time as well.

First impressions after a few hours are that it's got better controls and a better feel, but the game (similar to the first, albeit with cleaned up mechanics) places heavy emphasis on the community survival component of a zombie apocalypse. This game does a much better job of accommodating the player who enjoys building up a community of survivors, but does not function so well if you just want to play a lone survivor out there doing their own thing. I will likely play it more and see how many different ways I can push it, though.....but oddly so far I have felt like the SoD2 experience was less dangerous and risky than the first. That might change. So far....Competent B for a game, but there are better and more compelling zombie survival experiences to be found.

If the gameplay experience improves I will follow up. But I think if resource management, community building and zombie survival on a very precise tick of mechanics is your thing, then check this out. 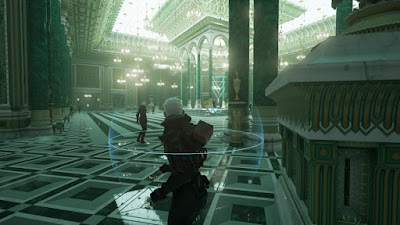 This game has a brilliant and subversive transhuman future aesthetic, with a future universe of AI ships, genetically engineered cults of humanity, entire worlds turned into palace tombs by decadent nobility and a plot that is simply excruciatingly interesting. It is also at first a walking simulator that abruptly turns into a stealth game/depleting resource management game/enemies which learn and advance their skills as you do, leading to situations where the person who enjoyed the first hour may not survive the fifth hour. I know I eventually stopped playing because as much as I wanted to love the setting and the story I was HATING the game play. Not in a "I think this gameplay sucks" way (it does, a little) but more in a "The target demographic for this game is either people who like the deep story, or people who want a punishing pseudo stealth shooter game, but not both."

My rating is: find the complete story of cutscenes on Youtube and watch that, unless you love Dark Souls then maybe you'll enjoy the punishment this game delivers. A+ aesthetics and story but C- actual game mechanic experience. Not sure I can bring myself to finish it.

Posted by Doctor Futurity at 5:11 PM

Email ThisBlogThis!Share to TwitterShare to FacebookShare to Pinterest
Labels: echo, state of decay 2