I actually used the outline on this for a one-shot, with some modifications. The actual campaign, should it continue, will likely deviate from the initial outline below, but I have to say I was greatly amused at the idea of a multi-pronged apocalypse that has the players guessing as to what the real cause of the end of the world is:

You are all people in the near present who have found yourselves one month out from an apocalyptic event*. You were each either chosen, invited or kidnapped by the Reverend Wilhelm Sikorsky to his mountain retreat, the "Temple of the Healing Earth" located in the White Mountains east of Sedona. Traditionally Sikorsky is known as a medicine man and healer, something of a mystic, and a major believer in UFOlogy and the presence of aliens in our affairs, even if we don't know it. One day, abruptly and unexpectedly, Sikorsky invites all of his attending guests to the "cave" where he conducts his spiritual healing ceremonies with the Earth and then....you find yourself unexpectedly locked away, the cavern entrance in the mountains protected by a sealed vault door that can only be opened from the outside....

This is where your tale begins!

Suggested archetypes include: the wealthy millionaire looking for a relaxing vacation, the eccentric conspiracy UFO theorist, the healing crystal follower, the skeptic who was out to debunk Sikorsky's "Cult of the Healing Earth," the complete innocent person who was kidnapped from a local diner in the nearby town of Alpine by two of the cultists and locked in a, anachronistic, secure prison chamber in the network of tunnels behind the "healing cave," or perhaps even a halpess cultist who was just trying to help the newcomers feel comfortable and is completely oblivious to why the Reverend closed the foot-thick steel door that you had always been told was designed to keep the cave a "living" environment by preventing its internal moisture and atmosphere from evaporating.

Equipment is limited (obviously) by what you would have reason to bring to this "cult spa and resort" but stuff you might have in your bags could be inventoried in the event you escape the cave....

Everyone can start with 10 XP (so, 2 picks). No arcane anything...no magic, weird science, anything. Zero magic world. Any profession that fits "today, or not too far from now" works. 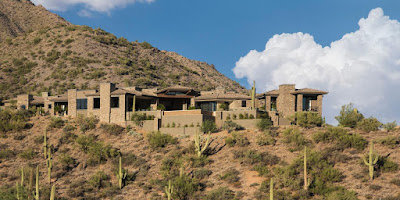 Each of you is certain doom is nigh. The apocalyptic event you believe in is as follows (pick one, because none of you think it's the same):

1. Asteroid 2015 GL5589 has been rumored to be on close approach, passing between the orbit of the moon and the Earth. You believe (either rightly as an astronomer or wrongly as a fanatic) that there's a deadly risk it is really going to strike the earth and the government is hiding this from the populace. (FALSE)

2. You recently heard about the bizarre outbreak in South America of the mutating Small Pox Virus that is completely resistant to all vaccines and is deadly so far in 94% of those infected. The news claims the virus is quarantined and under control in Brazil, but rumors are that three cases cropped up on the border in the US...(TRUE)

3. In the wake of belligerent diplomats and politicians, a major conflagration took place in the South China Sea between the US and China. Bombastic rhetoric on both sides could be the lead in to nuclear war....or more noise...but either way you're not taking any chances. White Mountains are way off the grid....(TRUE)

4. The sudden surge in UFO sightings in the last several weeks, culminating a month ago in approximately 200 exotic ufo sightings over Mexico City, Phoenix and Denver have level heads stating it's a product of military build up due to the South China Sea conflict, but you know better....this is the culmination of a pattern that began over twenty years ago, a pattern of invasion....! (???)

5. You can't say it's the "end of the world" but a month ago you attended a conference on the American Association of Biology on the adverse risks of CRISPR technology. One scientist warned that it was already suspected that North Korea had used CRISPR technology to create a cordyceps sinensus that was extremely robust and hearty, primarily (it was suspected) to harvest a more robust form of aphrodisiac for Kim Jung Un. The results were questioned however when it was found that the fungus could infect and grow on large scale hosts outside of ants....and rumors were that North Korea had moved it to weapon testing. Disturbed by the concept, you made your way to the retreat a month later to clear your head, after an ex-GF suggested it was a great place to veg out, if you ignored the crystal stuff. (TRUE)

The Set Up
The post-apocalypse was caused by a startling convergence of events. In sequence the following events transpired in the last month which led to an unexpected apocalyptic scenario…an existential crisis for humanity at large:

Day 1
Yellowstone Erupted. The entire American continent is cast in shadow and darkness, and most of the mid-western states are essentially gone. In the White Mountains several inches of ash dust the region, but the real devastation is a winter-storm effect that blanketed the entire country. Over the course of a month the disruption to electronics and the basic infrastructure of the country is devastating.

The Sons of the Constitution arrive at the Crystal Healing Ranch to take over, having heard rumors that there’s plenty of resources hidden in the healing cave….they find the ranch abandoned, seemingly devoid of life….a pickup truck is attached to the cave door to pull it off. The noise alerts the lurkers in the woods….for it turns out that the compound survivors were all part of a unique ritual, one which Reverend Sikorsky had intended to be the “point of ascension” for his flock to join the Messengers of the Stars.

The Messengers did indeed hear them, and descended, to take possession of each of the cultists. Only those in the healing cave, ironically, were allowed a chance to live….

The new Hunters, lean and oily with black and gray skin, transformed from their human hosts, quickly make short work of the Sons of the Constitution….and the human abominations protected in the Healing Cave are next….!

Day 2-15
In the middle of this event, China abruptly makes a move, strongly and decisively moving in on the west coast under the pretense that it is providing aid and assistance initially, but rapidly taking pains to secure territory on foreign soil. Two weeks in to what started as humanitarian aid, the west coast collapses into anarchy. Nuclear weapons are abruptly engaged, though few know who made the actual call….rumors of a rogue five star general Arnold Mcallahoun usurped control from the President and made a decisive first strike against China abound, but the reality was that China quickly retaliated. The devastation to most major population centers and military installations in the US was swift and devastating….and the remainder of the country collapsed.

Day 4
Rumors of an immense creature, blackened and ruinous, veined with burning light, moving through the devastated Midwest, are largely disregarded as the ravings of PTSD survivors of the event.

Day 10-20
In Asia, North Korea uses its weaponized Cordyceps fungus as a bioweapon against China and South Korea, sparking additional local conflict and war. The cordyceps virus proves even more devastating than anticpated due to its manufactured airborn quality and the virus spreads across the Pacific and throughout Asia rapidly. By day 20, Canada, the US and Mexico are facing an unprecedented catastrophe as desperate people are turned into fungal zombies. Worse yet, the fungus behaves strangely in the “Super Small Pox Virus” which has been hitting South America during this time….people who succumb to the super pox and then are infected by the cordyceps seem to live on unnaturally past the life span of their body and mind….

Day 12
In a crushing state of alert, stories of refugees from Idaho, both covered in ash and bombed by a Chinese attack, are compounded by stories of thousands killed while seeking escape when the immense creature that was previously sighted days ago appears and seems to “drain” the life of all around it for a mile.

Day 21-29
Desperate militia groups, civilians, rogue military and more are seeking out pockets of safety and resources throughout the country to batten down the hatches in the wake of a grotesquely overwhelming nuclear war coupled with the super volcano eruption. The teeming masses of fungal victims from the coast and the south are initially seen as one more aberration but as their numbers increase, the survivors realize that the only hope is to find a way to hide out, and wait for the devastation to past. Meanwhile, along the southern borders the first of the infected “pox” victims succumbing to the cordyceps fungus begin to attack survivors in that region.

Day 30
Acting President of the US Mcallahoun declares that the state of Emergency has moved from martial law to a need for all citizens to arm themselves and maintain defense of local interests until “such time as the United States can restore its essential governance and infrastructure.” He signs off and the national broadcast goes dead….

The Awakened “Nata’aska”
(use Enjerar stats, but they carry serrated blades)
Ancient beings reglected in Amerind folklore, the nata'aska have awakened to aid in purging the earth as the gitche manitou arises to destroy the world....

The Volcano Monster is called the Gitche Manitou….the Great Being


(Use the living god stats)
The gtiche manitou, also known to Amerind belief, has at last awakened with the eruption of Yellowstone. It's destructive path will be vast and encompassing! The gitche manitou is here to usher in the fabled era of the Fifth World. This will be brought about through a number of mechanisms, and a number of ancient mythical beings, most of which have long since been forgotten by mankind. 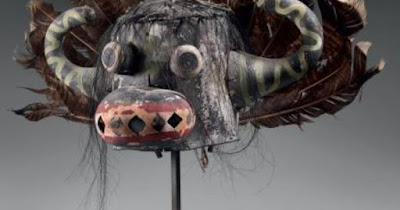 Posted by Doctor Futurity at 8:48 AM