Yes, it's that time of the year again, when the Steam Sale at last ends, proving once and for all that the holidays are over and a new year has begun. I bought more than a few games on this Steam sale, and in fact relished an opportunity to to do thanks to my new snazzy computer lowering the bar of playability for my home rig once more.

Rather than elaborate on any particular game, I thought I'd try.....six micro reviews in one shot. These are of games I've played at least enough of to tell you whether they are worth one's time or not (and whether or not a sale is necessary to make them worth your time). Viciously honest opinions ahead!

35MM is ostensibly a tale of two men who have survived an apocalyptic plague, and now struggle through a beautifully rendered woodland and rural environment on a journey to unknown locales. Unfortunately, the reality is that this is a game about a very slow walking simulator paired with the worst escort quest ever, and after about forty minutes I couldn't take it anymore and requested a refund. Great graphics and ambience, though. An F for gameplay direction (or lack of it) and some poor design decisions but a B+ for the ambiance and environments. 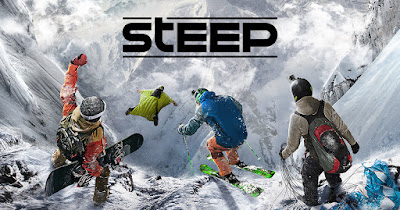 This is actually a big budget production from Ubisoft, so if you have issues with Ubisoft or their Uplay environment then move on. For me, this is a fascinating experience in snowboarding, skiing, paragliding and wing-suiting across a vast snowy mountain landscape with a bewildering array of entertaining challenges and races. It's an open world style game, though trudging through the snow is not that thrilling...but it's otherwise a pretty fun game, especially if you enjoy similar types of games in which you get to control the actions of someone much, much more physically fit and crazy than you. Only thing that would make this game better is if it were an actual open world exploration experience full of wolves, bears and yetis. A solid A for me. I was glad to get this on sale but would have paid full price for it, had I realized how much I would enjoy it. I even found the season pass on sale and picked that up, too.

A game which shocks you by being a port/derivation of a portable shooter designed for the Android and iOS environments, which is actually made enjoyable to play on PC, too. It's hammy and involves Space Marine Dude on a space ship overrun with the undead and other monsters, and is broken up into a series of escalating quests ....but short quests, which is welcome. Handles shockingly well on PC with a keyboard and mouse or controller, and would have looked state of the art about six or seven years ago. A decent B. Worth finding on sale. 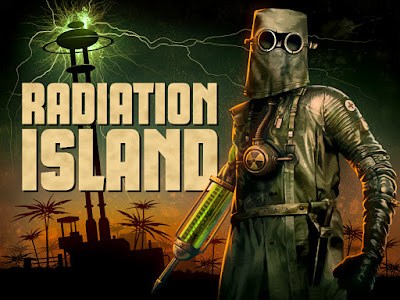 Just like Ark: Evolved except it runs just fine. I kid! It runs better, actually.

Seriously...it's like a $3.50 cent game with a complete survival experience packed in. If you've played even a handful of the seemingly endless Early Access survival titles on Steam, this game will shock you with several features you've never seen before: functional graphics, stable engine, it's complete and a full release title, and it has an actual plot and direction. My wife is much, much more in to these weird survival titles than I am and she finds it a fun diversion when Ark flakes out on her, Graphics are nice, and the worst I can say is that they are "Unity Engine" quality as this was an iOS game originally....but don't let that deter you, for the price it is absolutely a steal. Solid B+. And if you solve the island mystery it apparently unlocks a multiplayer edition, too. 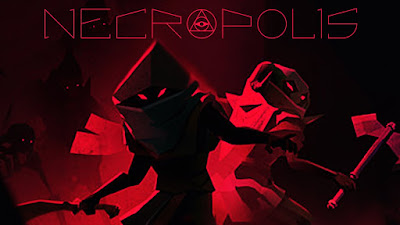 It's kinda like if Dark Souls and Torchlight were grafted together into an amusingly entertaining chimera. You pick one of two stylish adventuring types and dive in to a procedurally generated dungeon, seeing how long you can go before you die. When you die....you are dead, time to start a new adventurer. It's a surprisingly compelling approach, and the only punishment for death in this game is to start over, which paper and pencil RPGers should be quite familiar with. Fun game, especially fun since I found it on sale. Solid B, would be higher if it offered more character types. 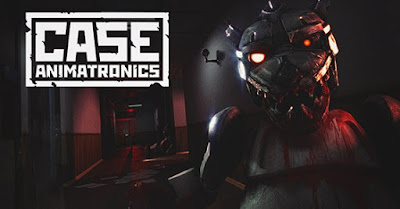 So, this is a game about a guy in a large building after hours when weird stuff happens. There's a ghost girl and a gruesome but copyright-avoiding animatronic murderbear in the game that is most definitely not, precisely, Freddy Fazzbear, Unlike a similar game series, Case Animatronics is built on the Unreal Engine and looks quite nice. You wander around solving the growing mystery and finding pieces of the puzzle as to why you are frequently subjected to jump scares and being killed by murderbear animatronics. It was sufficiently good at all this that my son was riveted the whole time we played (he, like so many kids, is riveted by the whole Five Nights at Freddys phenomenon), and I was about out of my seat with every horrifying and oddly unexpected jump scare. Not sure I even want to try playing it again (it's too good at the jump scares!) but deinitely an A game and I'd have paid full price for this one, honestly.