As always: these reviews reflect exactly as much time as I needed to understand what a horrible mistake I had made. I am curious is Steam gets mad at all of my refund requests....

A farmer impaled on the wall of his barn hires a skeleton to take out an army of invading mutant swine. It's notable for being a one-man effort, and I suppose it's also notable for being "one of those Steam games"....which is to say, one of that endless horde of garbage that makes browsing for good stuff on Steam such a laborious chore these days....but with the caveat that a lot of people seem to like this game. In defense of B&B it is playable, and can be fun if you like Serious Sam and classic Duke Nukem type stuff....I guess.....but honestly? I am about 32 years too old to play this crap.
Verdict: I paid 99 cents for this and I want my money back, but I can never recover from the shame of having bought it in the first place. 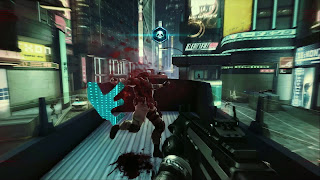 Ghost in the Shell: Standalone Complex

Twitchy free to play shooter that no doubt has some insidious buy to win mechanic behind it, but I wouldn't know because the herky-jerky FPS controls and constant brutal sniper shots to the head left me less than interested in pursuing this one. I'm not even sure it's worth investigating for anime fans of Ghost in the Shell.....at best it's what you stick your teenage son on to keep him occupied (just make sure he doesn't have your CC number handy).
Verdict: nothing gained, nothing lost. I now return to the much, much better Warframe. 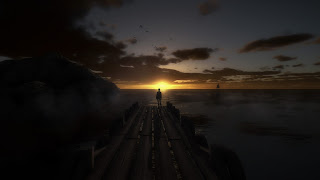 A lot of effort was put into making a spooky island with a weird mystery for you to explore in this combination puzzle/atmospheric horror/walking simulator but somehow it all falls flat and in the end feels neither spooky, nor puzzling nor horrific.....just annoying.
Verdict: the nice graphics don't make up fore the subpar experience. 35MM was actually a better game for contrast. 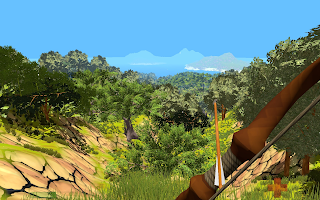 Of the four games in this round of "What Steam Regurgitated This Sale" Salt is the most palatable, and I am both keeping it and planning to play it more soon. The simple but effective graphics work well, as you play a stranded sailor on an island who must fix a raft and start exploring one island after the next. You find interesting written pieces of the tales of those who came before, implying a more interesting story to be found. It's main fault is that it's a bit slow (to start, so far) but I can see the promise.
Verdict: not bad for yet another permanent Early Release survival game. I plan to continue exploring this one.