Stuff just keeps rolling in! Here's some of the more exciting finds recently.... 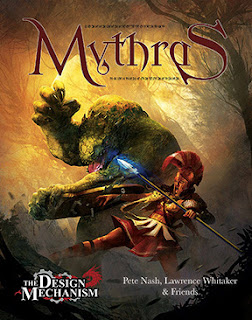 Mythras arrived in the mail today. I am basking in its impressiveness and especially enjoying the slick, easy-to-use, easy-to-read and easy-to-reference layout. It's not all that different, really, from RQ6....but a slight reformatting and better use of space works wonders for the books' utility, which is amazing. The book remains focused on fantasy and historical gaming, with the rules to simulate any realistic setting in which the verisimilitude isn't just for flavor, it's baked in to the mechanics.

If you haven't ordered a copy yet now is the time; check it out here. If you're into Runequest but not keen on Glorantha, then know that your bus has arrived, time to get on. If you're into all of it, then no excuses....this is a very comprehensive one-stop rule book for realistic fantasy gaming. 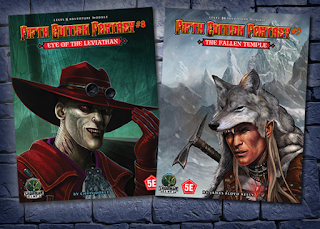 Goodman Games has been releasing lots of new adventures for D&D 5E, and the latest three present a level 5, level 8 and level 10 adventure module. Named The Castle in the Sky, The Fallen Temple and the Eye of the Leviathan, each of these modules brings classic Goodman Games style dungeon delving to D&D's latest edition, and are worth checking out. There are ten modules now in the Fifth Edition Fantasy lineup. 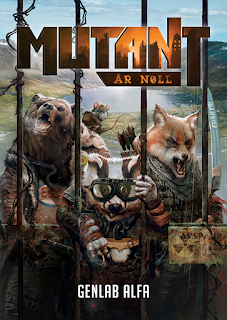 The first big supplement for Mutant Year Zero (from Modiphius) is a cool exposition on playing funny animal characters...er..mutant animals in the Mutant Year Zero universe. It's an interesting expansion and is loaded with detail for fans of the core system. I admit, I've had a hard time really getting in to the MYZ system, and deep down inside wish Goblinoid Games could make a version of Mutant Future that played like MF but had the layout and art style of MYZ....but this book will be worth checking out for any weird apocalypse fan. 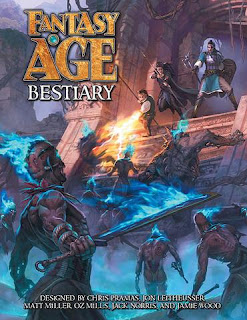 It's out in print at long last from Green Ronin, and worth your consideration if you happen to be a fan of the Fantasy Age game system. It adds a hundred+ new monsters with lots of detail to make them interesting, and manages to provide an interesting roster that does not feel like another D&D Monster Manual rehash; these creatures feel distinct, and would contribute to a world of unique nature, as well as contributing to the distinct feel of the Fantasy Age system and its implied universes. I have plans to run Fantasy Age again, soon, although they need one more expansion book to really provide the range of character generation options my players crave in order for them to embrace the system.