I was thinking that the only real issue I have with Savage Worlds is the fact that the core game emphasizes skills in action, but at the expense of points in Knowledge and languages. In many of my games language is a big deal....it's hard for me to create a setting without thinking about linguistic issues. Anyway, these two house rules I think will cover it nicely:

Languages Known: adventurers can learn a number of languages equal to their Smarts die (i.e. D6 means 6 language slots). The GM can let the player start with as many "empty" language slots as he/she wants and fill them during play, through training, or as desired. Alternatively: roll the Smarts die; this is the number of languages the adventurers starts play knowing, and the rest must be learned in-game.

Knowledge Specializations: In the core rules you spend points on different Knowledge skills, picking a focus each time. For games where lots of knowledge skills is a better idea (such as hard SF or investigative horror) I propose that the adventurer get a number of additional skill points just for knowledge skills equal to his Smarts score. This is in addition to Smarts granting language slots. 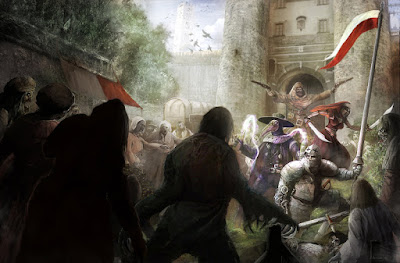